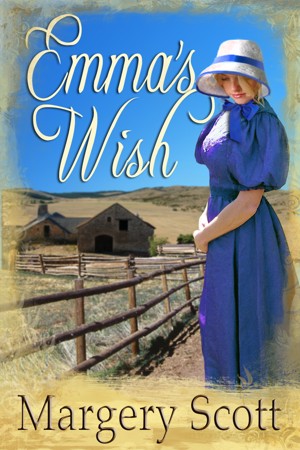 Although she was born in the Scottish lowlands, Margery has spent most of her life in Canada. She writes in multiple genres, from steamy historical romances to romantic suspense and thrillers, depending on her mood. When she's not writing (or wielding a billiard cue, which is her other passion), she likes to travel, seeking out the perfect settings for her yet-to-be-written novels. 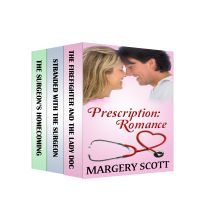 Widower Sam Jenkins has made the hardest decision of his life. Knowing he can't raise his children and make a go of his ranch, he decides to send his three children to his late wife's family. Just for a little while, he promises them and himself. Instead of going to live with strangers, they run away and stop for the night to rest and to steal a pie at Emma Witherspoon's house.

A carriage accident has left Emma scarred, jilted by her fiancé and alone upon the death of her father. Weighed down by loneliness, she's come to accept that she'll never marry and have children. But the arrival of Sam's children gives her an idea on how to save them from being sent away and give herself a chance at a family. She proposes a marriage of convenience to Sam. Although no one can replace his ex-wife in his heart, Sam accepts for the sake of his children.

Emma's Wish is a beautifully written story set in Texas. Emma is a caring, giving woman who's impulsive nature is constantly at odds with a past that has taught her not to trust. Sam is a man willing to do anything to make his children happy, even rewrite his late wife's memory. The care and kindness with which they treat each other helps love to bloom. Can they take a chance on each other or will some lessons be to harsh to overcome?

Ms Scott's story is American Western romance at its best. Not since I discovered Jodi Thomas's books have I been so caught up in a story. Highly recommended.

You have subscribed to alerts for Margery Scott.

You have been added to Margery Scott's favorite list.

You can also sign-up to receive email notifications whenever Margery Scott releases a new book.