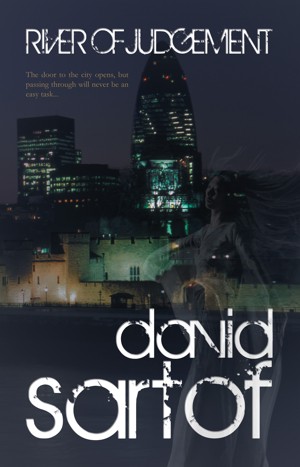 By David Sartof
Rated 4.67/5 based on 3 reviews
Ambition hangs in the balance following a boardroom coup. Finn Jackson is caught in a game of cat-and-mouse, trying to hold on to all he has worked so hard to achieve. Intrigue and suspense ensue as he battles to keep his head above water, even the distraction of beautiful women cannot tempt him from his end-goal, indeed they are the reason he needs to keep going. Will honesty and grit be enough?

I was born in a small caravan in a field in the north of Scotland. After such an inauspicious yet somehow romantic introduction to life, I have gone on to do many things. I have served in the merchant marine, been a professional engineer, a military officer and an entrepreneur. I also have a PhD in management philosophy and can research the backside off most things! I now live, in North Yorkshire, England, with my wife and young son. Throughout my eclectic career, I have always written, believing fervently in the power of the written word, and I have previously published a non-fiction work with Palgrave Macmillan. I now bring together a set of rich experiences, a creative research-based outlook to plot construction, and a dash of essential seasoning, to bring you fiction such as River of Judgement, Gloria and now, Sarah! The latter two short stories being inspired by the writings of Anton Chekhov.

River of Judgement
River of Judgement, the trailer! Join Finn Jackson, Lyneth Jones and Alexa Stuart as they struggle to regain control of the situation, and their lives. A journey of intrigue and suspense awaits!

Review
Paula Phillips reviewed on May 2, 2010

‘What a man really has, is what is in him.
What is outside of him should be a matter of no importance
Oscar Wilde
The Soul Man Under Socialism

Corporate Espionage , financial strife and crime , death , relationships ,attempted murders. Just a few words to sum up David Sartof's book River of Judgement. This book surrounds a character called Finn Jackson , a oil worker with more than a good paid job in the company, he has started the company with friends Shufang and Aaron , and now with Shufang out of the picture due to a tragic accident and the family taking Tiger Oil to court over covering it up , Finn is the next one out. However Finn is not about to stand aside and let all his hard work and money go to waste. Coming from a solo-mother family, Finn had been instilled with work ethic and everything he has achieved today was because of his up-bringing. Add all the work pressure , not to mention his home life with a wife that is more interested in her horses , a lawyer Finn has hired and taken a shine too and if this wasn't more complicated , Finn and his best friends wife have a thing on the side thats about to get even more busier. Set against the City back-drop of the growing financial crisis in 2007, the three embark on a journey of intrigue, plagued by ambition and treachery, as they struggle to understand what has really happened.This novel is full of twists and turns and when you think that Finn has been backed right against the wall and theirs no way out, something an event happens that pushes Finn back with the upperhand. An excellent novel for those who like authors such as John Grisham, Jeffery Archer and Robert Goddard.I look foward to reading other books that David Sartof has written, as if he keeps up with the awesome style of this book ,fast paced and interesting . We very may well be looking at the next best-seller.

This has been sitting, unread, for a while. I’m a romance reader by default and so wasn’t too interested in the workings of a corporate financial disaster. But, surprise, this held my attention and I flicked through the pages really fast. It was well written, and well researched.
The main characters are well drawn and revolved around Finn and his fight against betrayal. With the help of his lawyer Lyneth Jones and Alexa Stuart they set out to uncover the fraudulent workings of the company he used to be part of, but was forced out by so-called colleagues.
I liked the way the author fed a slight paranormal feel into the story with Finn dreaming about a ghost. Oh, and there was room for a romance, so I’m one happy bunny. It’s a thriller/crime story in my opinion, and one that I’d be happy to recommend to others.

(reviewed the day of purchase)
Darcia Helle reviewed on March 19, 2010

River Of Judgement takes a look at the corporate world and what it does to the lives of those involved. Finn Jackson has helped to create a new breed of Oil Company. On the verge of making it big, the company is suddenly ripped out from under him. Finn’s world goes into a downward spiral as he fights for answers – and for revenge.

Finn, along with a few friends secretly helping him, uncover lies, deceit, corruption, and crime. David Sartof does a great job of showing us how Finn’s desperation overshadows everything else, and how much he is willing to risk to take back what was his. At the same time, we see what greed does to those at the top, who have so much more to lose in their gamble to take it all.

A great read that keeps you on edge until the very end!

You have subscribed to alerts for David Sartof.

You have been added to David Sartof's favorite list.

You can also sign-up to receive email notifications whenever David Sartof releases a new book.