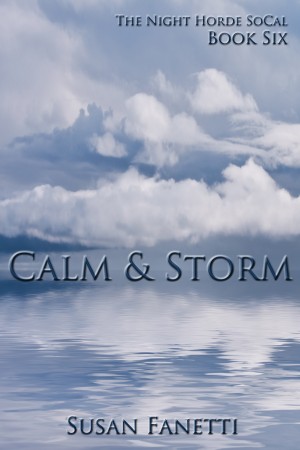 Having long ago lost the life and future he’d once dreamed of, Ronin Drago lives a quiet life alone. The Horde is his only family. As the club is engulfed in a tempest of violence and loss, as fissures develop in the foundation of that family, he encounters Lorraine, the woman who caused him his greatest pain and took his dreams away.

And he still loves her. More
THE NIGHT HORDE SOCAL SERIES CONCLUDES.

Ronin Drago has always been a fighter, a warrior, a soldier. Not one to take the lead or the limelight, he stands stalwart with his brothers, but he keeps his own counsel.

The Night Horde SoCal has been taking too many hits lately, and he fears that they are cracking under the strain. Every run seems to bring more chaos and less clarity, and Ronin no longer sees the purpose in their fight. But he is a loyal man, and long ago the club gave him a family when he had no other, when he came home from war to an empty life that had once been full of love and promise.

Lorraine Milligan loved the young man that Ronin had been in that long ago time, and she loves him still. But she broke his heart and left his life empty. She’s regretted it ever since, but she never thought to have the chance to make amends.

In the years since she ran from their young love, she has made a good life, successful and content, but shadowed by her regret, her Great Lost Love.

When their paths cross unexpectedly and the old spark between them rekindles, they have a chance to remake a future together. But first Ronin must come to terms with the full dimension of what he lost when Lorraine left him.

And then they both must decide if his club and their love can fit together at all.

Susan Fanetti was born and raised in the Midwest--Missouri, to be precise. A few years ago, she was transplanted into the dusty soil of Northern California and has apparently taken root there. An inveterate geek and gamer, she is a fan of many things considered pop culture and maybe even lowbrow.

The Signal Bend Series is complete at Smashwords, with eight books released: Move the Sun, Behold the Stars, Into the Storm, Alone on Earth, In Dark Woods (a novella), All the Sky, Show the Fire, and Leave a Trail.

The Freak Circle Press is an independent collective of friends and fellow writers. Find more information at their blog: tfcpress.wordpress.com and on Facebook: www.facebook.com/freakcirclepress

About the Series: The Night Horde SoCal

You have subscribed to alerts for Susan Fanetti.

You have been added to Susan Fanetti's favorite list.

You can also sign-up to receive email notifications whenever Susan Fanetti releases a new book.