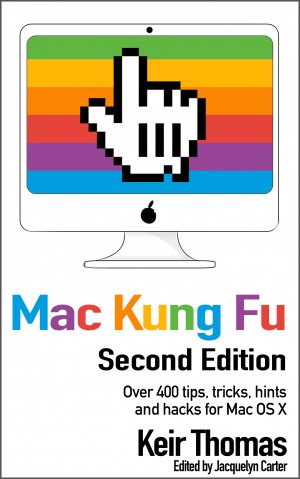 This discounted Kindle edition of the book follows the original publication back in 2012 by Pragmatic Bookshelf, which was written with Mac OS X Mountain Lion in mind. However, most of the content remains incredibly invaluable for those wishing to polish their Mac skills to a razor-like edge.
Available ebook formats: epub
Price: $1.99 USD
Buy Add to Library Give as a Gift
How gifting works
Create Widget
Tags: apple mac os x
About Keir Nathan Thomas

Keir Nathan Thomas was born in Bury, Lancashire in 1972 although where he was born has since been swallowed up into Greater Manchester. He spent his formative years in Chorlton-cum-Hardy, south Manchester, after his parents moved there when he was 10 years old. After graduating from university with a first class degree in Creative Arts Thomas worked as a journalist on magazines in London, eventually moving on to edit several. Later he commissioned, wrote and edited computer textbooks, winning an award for one, and in 2010 started a small poetry press called Puppywolf that he describes as a “professional hobby.” In recent years he’s written about writing for the two major creative writing magazines in the UK and blogged professionally, as well as becoming a best-selling Kindle author. The Second Coming of Diamond Head Crater is his first novel. He lives in Cheshire with his partner and two tuxedo cats. His website is http://keirthomas.com.

You have subscribed to Smashwords Alerts new release notifications for Keir Nathan Thomas.

You have been added to Keir Nathan Thomas's favorite list.

You can also sign-up to receive email notifications whenever Keir Nathan Thomas releases a new book.