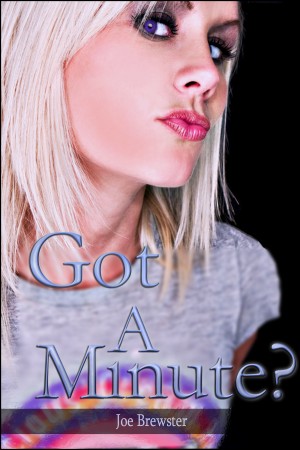 Rated 5.00/5 based on 1 reviews
Skye & Joe are 2 young people that were raised in rural parts of the USA. They meet as neighbors in a big city apartment building where they each stick to their small-town values & help their neighbors. Skye is slim, blonde, & beautiful & very outgoing. She casually lets Joe go down on her but nothing more. Other female tenants sample his talents. Things get out of hand til Skye puts things right.
Available ebook formats: epub mobi pdf lrf pdb txt html
First 100% Sample: Online Reader
Price: $0.99 USD
Buy Add to Library Give as a Gift
How gifting works
Create Widget
Tags: short fiction oral sex quick read virgins young adults girl next door cunniligus shy guy country girl in the city full sample
About Joe Brewster

Joe loves writing about strong-willed women who know exactly what they want from men and are determined to get it.

Many stories feature a mature woman engaging with a shy younger man.

Others involve men surrendering their dignity to the will of superior female coworkers for the honor of orally pleasuring such powerfully demanding creatures. Somewhere along the way trouble usually ensues when the man discovers worshiping an Office Goddess Diva isn't a sustainable pastime.

Some stories feature women exploring the edgy boundaries of their own, previously bland, middle-of-the-road sexual self-concepts.

Joe's writing mines the ambient warmth of a unique character dynamic, a new brand of middle-brow erotica that creates a totally organic sexual tension, rising from the story itself, separate from, and in addition to, any actual sex scenes described.

Joe's stories give reader's a look at character relationships bound together with erotically charged narrative conflict that sizzles as hot as the sex those same characters engage in.

very refreshing. Perfect example that a story doesn't always have to be long and elaborate to captivate the reader. I recommend this little tale

You have subscribed to alerts for Joe Brewster.

You have been added to Joe Brewster's favorite list.

You can also sign-up to receive email notifications whenever Joe Brewster releases a new book.