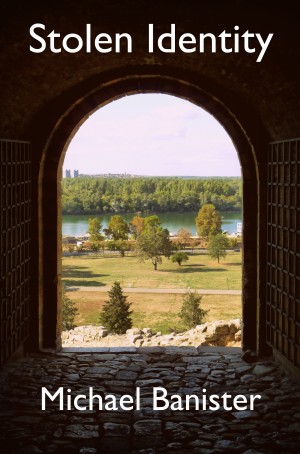 I was an Army brat (Japan, Monterey, Austria, Germany) until we moved to Pittsburg, CA when I was nine. I was a voracious reader, and in junior high I published two science fiction stories in my school’s creative writing magazine. After a long hiatus, I began writing again in my junior year of college at UC Berkeley. I joined a group of acquaintances in 1969 who started a poetry magazine we called The Open Cell. We contributed the content, did the layout, printed it at Waller Press in the Haight Ashbury district, and sold it on the streets of Berkeley and San Francisco. That experience rekindled my love of writing. I transferred from Berkeley (where I was a comparative literature major) to SF State as a creative writing major and wrote poetry and a few stories.
Upon graduation in 1972 my first wife and I joined the Peace Corps and worked as ESL teachers in Ethiopia for two years.
Grad school followed, twice, and I obtained a Master in Communication at University of Washington and a Master in Librarianship at UC Berkeley. My writing during those years became decidedly academic and non-creative.
After nine years as a librarian (including two as head librarian at Robert College of Istanbul), followed by a divorce, I decided librarians got no respect, so I went to law school where I wrote a law review article discussing a controversial Ninth Circuit Court of Appeals decision. I became an attorney, remarried, and worked for 23 years at the California Attorney General’s Office, Criminal Division, and wrote appellate briefs.
During my years as a “brief-writing hack,” I dabbled in creative writing. I published two poems in a Baháí magazine called World Order, published a poem in a small magazine put out by a colleague in my writing group at the Mechanics Institute Library in San Francisco, and wrote a novella called My Brother’s Keeper. My novel, "Stolen Identity," is available on Smashwords. I recently completed a mystery/suspense novel called "Mystics and Warriors" which I hope to bring out on Smashwords.
I’m retired, married, and have two grown sons and a granddaughter who graduated from the University of Oregon in 2019. I changed my state bar license to inactive after I won a (volunteer) case involving veteran’s benefits.

You have subscribed to alerts for Michael Banister.

You have been added to Michael Banister's favorite list.

You can also sign-up to receive email notifications whenever Michael Banister releases a new book.