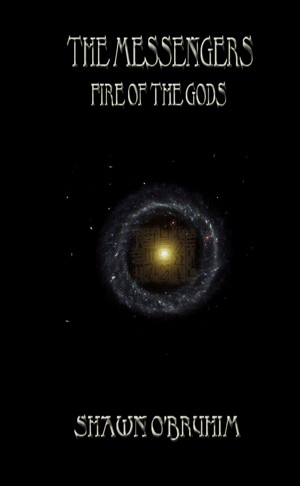 The Messengers: Fire of the Gods

By Shawn O'Bryhim
Rated 4.00/5 based on 2 reviews
An incompetent professor of Biblical studies stumbles upon an ancient scroll during an excavation in the Middle East. Unable to translate the text, he enlists the aid of a brilliant young graduate student who uses code-breaking techniques to reveal its awful secrets. If her translation falls into the wrong hands, it will release dark forces that have been suppressed since the beginning of time.
Available ebook formats: epub mobi pdf rtf lrf pdb txt html
First 15% Sample: epub mobi (Kindle) lrf more Online Reader
pdb
Price: $5.00 USD
Buy Add to Library Give as a Gift
How gifting works
Create Widget
Tags: bible middle east supernatural gods supernatural thriller archaeology old testament thriller and suspense genesis code nephelim
About Shawn O'Bryhim

Shawn O'Bryhim is a professor of Classics who specializes in Mediterranean religion and ancient comedy--both of which figure prominently in "The Messengers." He lives on the East Coast, but enjoys going back to his farm in the Midwest as much as possible to hone his chainsawing technique. Look for his "Greek and Roman Comedy" at the University of Texas Press and on Amazon.

Reviews of The Messengers: Fire of the Gods by Shawn O'Bryhim

Excellent book! Never a dull moment. After establishing the characters with a good dose of humor, the story moves quickly to the plot: the discovery of a mysterious manuscript and the involvement of a slimy TV evangelical group in its translation. It then flashes back to the origin of the supernatural text in biblical times with a cast of familiar characters in unfamiliar situations, and ends up with a startling conclusion. It's sure to get lots of people rereading their Bibles and wondering why they've never heard of any of this!

Readers who want a fast paced story with enough detail to get your imagination going but without page after page of boring descriptions of room furnishings, lint on someone's jacket, the smell of coffee, how I feel this morning, etc., will enjoy this. I hope there's a sequel.

Fire of the Gods is remarkably inventive. While one cannot escape the long shadow cast by story lines such as "Raiders of the Lost Ark," to which this has some superficial resemblance, that is only passing the story is truly unique. The story takes place in two different times, and the balance between the two is reasonable, although the strongest, and lengthiest section of the book carries on so long I forgot about the other story line.
The weakest part of the book, and I don’t claim I could have done any better, is a tenancy to rush right past some very significant story elements. Before the reader has time to digest a “wow” moment, the author quickly moves the plot on to something more mundane. When a character is betrayed, there is no examination of the emotional impact, a discussion by the character of the moral implications, or any device to say, “hey, this is important.” More glaring is the dénouement, in which extraordinary events get little more than a couple of sentences.

When I was in elementary school I was supposed to write a story: I started writing a rather elaborate science fiction story when I ran out of time, the story was due. Desperate, I put my character is a steel ball with five minutes of air but he was saved by a princess. The end.

THIS book is, of course, far, far better, and most sections of the book are fully fleshed out, but there is a couple of places where the author could have given the reader a richer experience.

You have subscribed to alerts for Shawn O&#039;Bryhim.

You have been added to Shawn O&#039;Bryhim's favorite list.

You can also sign-up to receive email notifications whenever Shawn O&#039;Bryhim releases a new book.