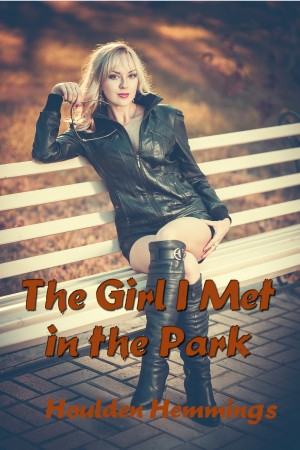 The Girl I Met In The Park

It’s amazing and sexy who you can meet, and what you can do in a public park. This story describes how a visiting business executive meets two young college co-eds, and then furthers their sex-education. More
From the book: “One of my favorite things to do is have sex in somewhat open settings. I love the excitement of possibly being discovered doing something sexual, especially if it's on the order of something that's a little naughty - like being sucked off, particularly if the woman involved is reluctant to do it. -- Admittedly, that kind of situation doesn’t occur very often. But, when it does, it’s a real turn on. It happened one time when I was on an out of town business trip. I had to fly in for a 3-day consulting job. Late in afternoon of the first day I went for a walk in a city park called Handley Park, which was reasonably close by. I'm extremely naïve college girls, especially if they wear glasses and are a little on the "nerdy" side. By chance, I saw a young girl who fit what I was looking for walking around the park. I introduced myself and she told me her name was Nicole. We started conversing with each other pretty easily and we seemed amiable to each other. We wondered over to the pond area, then the exercise area, and finally back to a bench, under some trees, not far from a running track. Nicole said she lived in mid-town part of the city, and had just started college at one of the local community colleges in the area.
After we sat down, I was so attracted to her and the setting of possible discovery that I decided to see if I could talk her into sucking my manhood. Let me digress here and say that one of my favorite ‘turn-ons’ is persuading a young ‘Co-Ed’ to go down on me. Obviously it doesn’t happen too often, but when it does, it’s extremely sexy. While I sat idly chattering to her, I just KNEW that I could get her to do it. So, I started changing the subject over to more sexual topics; in particular, what I'd like to do to the various women who were passing by on the running track at the edge of the park. I made crude comments like, “Man, I’d like to spread her legs as far as they would go; and… “Look at the fanny on that chick over there; god, I’d like to bend her over, and open her up.” – Extremely crude stuff like that. I wanted to see if she would flinch at overt conversational sexuality.”

Houlden Hemmings has had a passionate involvement in American literature since the early ’80s. His first adult ‘read’ was “Catcher in the Rye” and it opened his eyes for his later writings. When the ‘Age of the Internet’ blossomed, Hemmings was one of the early writers who began to diverge from traditional ‘content’ and write toward his reader’s hard-wired anthropology, and the more subtle, psychological area. – Houlden believes that the brain is the most overlooked sex organ in the body, and his writing caters to a ‘story-view’ rather than a “friction” view. – According to Houlden, there have been several great ‘thematic’ literature revelations in American letters… With the introduction of the wildly popular, “Fifty Shades of Gray”… the “erotic-theme” is emerging in American literature. Houlden’s graphic, but non-pandering stories will thrill you in your inner-core.

You have subscribed to alerts for Houlden Hemmings.

You have been added to Houlden Hemmings's favorite list.

You can also sign-up to receive email notifications whenever Houlden Hemmings releases a new book.