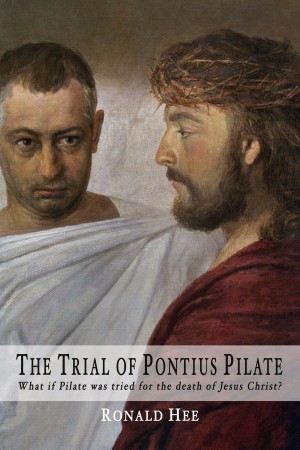 The Trial of Pontius Pilate

By Ronald Hee
The story of Easter from a completely different perspective; not during Easter, but in the weeks after, as Pontius Pilate is tried for ordering the crucifixion of Jesus Christ. Is Pilate guilty of condemning an innocent man to death? More
“What is truth?”

Two thousand years ago, Pontius Pilate, the Roman Prefect of Judaea, ordered the execution of a man he knew to be innocent of the charges brought against him. The man he ordered to die by crucifixion was Jesus of Nazareth.

Pilate was never called to account for his actions. What if, in the weeks after Christ’s death, Pilate was brought to trial for the death of Jesus? How would Pilate defend his actions? And how would Pilate, and the entire court, react if he was confronted by his victim?

As the prosecution and defense argue over the evidence, the truth of the death and resurrection of Christ emerges. And so does the truth of who was Pilate, the man who condemned him.

Ronald Hee was born in Singapore in 1964. He is rather tickled that the delivery was done by a Dr G.H. Coffin, a fine name for a fine baby doctor. With some irony, he now lives minutes away from the hospital where he was born. The hospital no longer exists and the building has been taken over by the Salvation Army.

After the usual run ins in school, he served in his limited capacity in his nation’s defence as a Combat Engineer. He is thankful he saw no combat and didn’t do much engineering, since he spent most of his stint as an instructor.

He obtained a B.A. Honours in History from the National University of Singapore in 1989. After he left, the university started to gain international recognition for excellence.

Leveraging on his complete lack of media experience, his first job was with the Singapore Broadcasting Corporation, as a feature writer. The broadcaster has undergone some corporate changes since and is now known as Mediacorp. In more recent years, Ronald has gone back as a writer / director for documentaries, and as an actor for some of the docudramas and for various corporate shoots. He plans on continuing to do both until they cease to be fun. He’s done some work for other broadcasters as well and considers Singapore 1942 (check out IMDB) to be his best work. So far.

His next port of call was in exhibit development with the Singapore Discovery Centre, where he took charge of among other things, the centre’s interactive multimedia kiosks – in the days when the word ‘multimedia’ was still new, and he himself had just started using Windows 3.1. After leaving, he was contracted to research and script new exhibits and attractions. It was during his period that he started freelance writing for various publications. He plans on continuing to be an occasional journalist so long as it is fun.

In 1996, he decided to enter the glamorous world of public relations and joined Ogilvy Public Relations. Leveraging on his complete lack of a tech background, he nonetheless found himself in charge of various technology accounts, some for MNCs which no longer exist (no coincidence).

2000 was the Year of the Dragon and it seemed as good a time as any to try to build a company. He was drawn into a dotcom, The Internet CallCentre, which with uncanny timing, was officially launched a week before NASDAQ tanked and the dotcom bubble burst. It was fun yet stressful while it lasted. He eventually walked away wiser but poorer.

After a short stint with property giant, Suntec City Development, in searching for a new port of call, fate linked him to a biotech company, CordLife. As before, leveraging on his complete lack of a biology background, he became the company PR guy, aiding in their expansion and Australian listing.

Briefly joining a renewable energy company after, again as the PR guy, when his father passed away, it seemed, at the age of 44, a good time to take stock, realize that there is more to life, that his financial planner has done a great job, and it was time to retire. One, however, retires from formal work, and never from life itself. Lots to do and see still. Like doing some charity work for old soldiers. Like spending way too much time playing a Facebook game or on Civilization. Like being an evil slumlord. But that’s another story ….

Ronald is unmarried, his former wife deciding to give him his freedom early for good behavior during that little dotcom bust. He has no children that he knows of; just a dog that acts like one. He is perversely proud of having probably the strangest eyesight in the country. 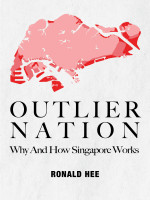 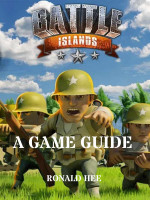 Reviews of The Trial of Pontius Pilate by Ronald Hee

Review
NatTjen reviewed on July 3, 2016
(no rating)
Genius angle! Well written! Very creative! I think will be an interesting idea for an Easter play.

Every detail painted about the situation, each character's mind, emotion made the story alive - was like watching a little movie in my mind.

Enjoyed reading it! (and gladly said I finally finished it! :))

You have subscribed to alerts for Ronald Hee.

You have been added to Ronald Hee's favorite list.

You can also sign-up to receive email notifications whenever Ronald Hee releases a new book.