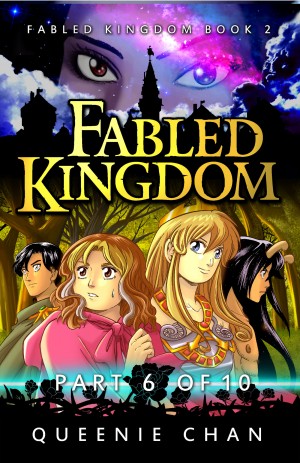 Queenie Chan was born in Hong Kong in 1980, and migrated to Australia when she was six years old. She has a Bachelor’s Degree in Information Systems, but didn’t follow that career path due to graduating in the middle of the dot-com bust (2004). In 2004, she began drawing a 3-volume mystery-horror series called “The Dreaming” for LA-based manga publisher TOKYOPOP. To date, it has been translated into multiple languages.

She has since collaborated on three New York Times best-selling graphic novels with author Dean Koontz. As prequels to his “Odd Thomas” series of novels, they are called “In Odd We Trust”, “Odd Is On Our Side” and “House of Odd”. In 2009, she also provided art for the “Boys Book of Positive Quotations“, by best-selling inspirational author Steve Deger. In 2012, she collaborated with author Kylie Chan for "Small Shen," a comics-prose prequel to the best-selling Chinese Fantasy series "White Tiger". After that, she created a 3-book fairytale-inspired fantasy story called "Fabled Kingdom".

She is currently living in Sydney, Australia, and working on her next project. Please visit her website for more information.

About the Series: Fabled Kingdom

What if her two trueborn grandmothers are both Queens – where one is good, and the other one is evil?

You have subscribed to alerts for Queenie Chan.

You have been added to Queenie Chan's favorite list.

You can also sign-up to receive email notifications whenever Queenie Chan releases a new book.