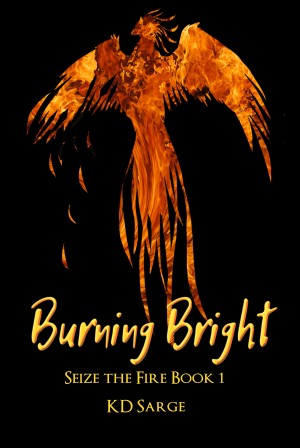 The demons come, devouring life and light. Armed with sword and spell, Keepers meet the scourge. Above nations, beyond the law, to be a Keeper is to hold power--but power always comes with a price. Apprentice Hiro Takai thought he knew the price, but when his master and lover disappears, he finds there is more to the bargain. Now he must find his master to save his soul. More
To Keeper Apprentice Hiro Takai, Keepers are heroes, risking their lives to battle with sword and spell the demons that would devour all life. His master Eshan is one of the best—skilled beyond his years, and possessing exquisite control over his magic and emotions. Hiro is lucky to be harnessing his fire-magic under Eshan's tutelage—and even luckier to be his lover.

But when Hiro wakes as a full Keeper after his Kindling ritual, everything is wrong. Something is in his mind, bringing him new and amazing power, but it’s not sane. Eshan is gone, slipped away on a dangerous mission leaving only a cryptic warning for Hiro to flee the Keepers—who are now debating if they should kill Hiro or just let him die.

KD Sarge writes for joy and hope, and works for a living. She has tried her hand at endeavors including Governess of the Children, Grand Director of the Drive-Through, and Dispatcher of the Tow Trucks. Currently KD loves her job in a private school for children with autism. Past accomplishments include surviving eight one-year-olds for eight hours alone (she lasted about ten months), driving a twenty-foot truck from Ohio to Arizona by way of Oklahoma, and making a six-pack of tacos in twenty-three seconds.

Writing achievements include the Weightiest First Draft Ever, as well as nine other, much lighter, completed novels. She has six universes under construction. KD has won NaNoWriMo five times and NaNoEdMo twice. A widow, KD lives in Arizona with three children, two of them furred and all of them demanding.

Reviews of Burning Bright by KD

You have subscribed to alerts for KD.

You can also sign-up to receive email notifications whenever KD releases a new book.