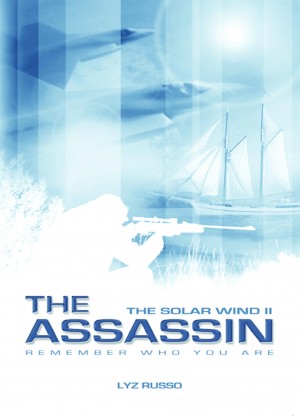 Two data capsules tell an evil story. Both the Unicate and the Rebellion want those capsules - but they are in the possession of Radomir Lascek of the Solar Wind. Hunted by both these forces, Lascek scrambles to keep his Solar Wind alive. But things explode in his face, and he is forced to move. Shattered, Lascek launches his own Master Plan - too early. More
"Remember who you are!"

The voyage of the Solar Wind continues. Two data capsules tell an evil story. Both the Unicate and the Rebellion want those capsules - but they are in the possession of Radomir Lascek of the Solar Wind. Hunted by both these forces, Lascek scrambles to keep his Solar Wind alive. But things explode in his face, and he is forced to move. Shattered, Lascek launches his own Master Plan - too early.

Sea lovers: The story features a freak wave in the Antarctic seas. Adventure lovers: There is a parachute jump, a rescue in the ice, and many more adrenaline spikes. Science fiction lovers: Keep a close eye on Paean. Romance lovers: There is something special in store for you.

Darker and even more intriguing than the first Solar Wind novel, this second book in the series is a real treat for lovers of adventure and sci-fi.

The fascinating gypsy, Federi, takes centre stage in this book when the Captain of pirate ship The Solar Wind is prematurely forced to go ahead with a mission to protect the world from the lethal plans of the deadly Unicate.

Despite being a warm entertainer, Federi is also a deadly assassin and fights hard to keep his demonic alter ego, The Animal, under control. The only thing that can help him is his friendship with the beautiful young, Irish pirate, Paean Donegal.

About books that have more than one revision up:
Dear sweet Readers: Please simply download the most recent version.

Was: Running a vibrant music studio in Pretoria, with my husband. Writing and running a small publisher on the side. Homeschooling our 3 children.

Now: Rebuilding in Ireland. While we miss Iain every day, Ireland is amazing. Every day, coming back from work, I am rewarded with incredible sunsets over water, and half the landscape is in the sky. The people of Ireland have rallied around us and are making us feel welcomed. I have so much help!

Iain has been my inspiration for the past 29 years, and remains so. His energy and initiative are at the basis of most things I attempted. We did everything together. When others said "you must be crazy to try this or that" he was the one to say "let's do it!" He always believed. In himself. In me. In us. In that there is Good in the world.

Because of this, and because I know he's waiting for me beyond the Gate, I am reclaiming me. The me he encouraged me to be. I am rebuilding my violin technique along with my studio, on the principles we found that worked. Stepwise I'm starting to write again, though there isn't too much time for this between all the other work. It may be rough and unedited for a while.

I have not yet had the courage to retake the Solar Wind / Shooting Star series. But I will. Solar Wind fans please be patient still.

About the Series: The Solar Wind

A mostly teenage crew of motley pirates sails the Earth's oceans on a freedom ship, the Solar Wind. Their Captain Radomir Lascek is not only a wily old sea-devil, but also a politician with a big picture on who should take over the Earth... and then the solar system... and what hey, how about the neighbouring world... and overthrow the intergalactic forces that be...

The Earth is infested with an uncanny military world government, the Unicate, costing countless human lives. They don't seem entirely human; their decisions and actions run contrary to anything one would consider normal. Radomir Lascek doesn't have a solution for the Unicate. The best he can do is rescue precious people and keep them safe. But aboard, he has someone who holds the answers: The mysterious gypsy, Federi. Except that Federi has a split personality...

Also in Series: The Solar Wind 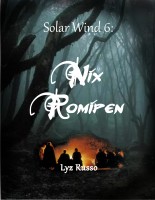 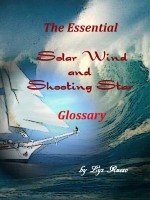 Reviews of The Assassin (Solar Wind 2) by Lyz Russo

Review
Colleen Chesebro reviewed on May 19, 2016

In the Author's own words:

"Remember who you are!"

"His sister died with those words on her lips. Something sinister lurks in his psyche. Something that loves killing. Can he complete his mission without selling out to this entity? The voyage of the Solar Wind continues... Two data capsules tell an evil story. Both the Unicate and the Rebellion want those capsules - but they are in the possession of Radomir Lascek of the Solar Wind. Hunted by both these forces, Lascek scrambles to keep his Solar Wind alive. But things explode in his face, and he is forced to move. Shattered, Lascek launches his own Master Plan - too early."

"The Assassin," is the second installment in the suspenseful Solar Wind series. To read my review of the first book, The Mystery of the Solar Wind, click here.

Captain Radomir Lascek and his band of unruly pirates, sailing upon his ship, the Solar Wind, continue to hide from the Unicate and their evil associates. However, there is more at stake now. Two data capsules in the Captain's possession explain that the Rebellion is on a similar path as the Unicate, and both forces could spell the end of the world if the Captain doesn't act soon.

When the Captain's secret station in Antarctica is attacked, he is forced to take matters into his own hands. He employs Federi, the part-time gypsy chef/master assassin and Paean, a ship's musician and budding genetic scientist to embark on a mission to assassinate as many of the top Unicate Officials as they can. Reluctantly, Federi teaches Paean the art of killing, something the fifteen-year-old finds to be a necessary evil in this futuristic world they are forced to survive in.

Struggling to deal with the burgeoning feelings he has for Paean, Federi confronts the "killing animal" that dwells within his heart. He knows he has the soul of an assassin. His greatest fear is that he will lose the love and admiration from the young girl, a certain loss he knows he could not endure.

As the story unfolds the reader discovers Federi and Paean share a type of gypsy intuition, a mystical connection that belongs only to them. This psychic ability blossoms into a deep love between the two, even though Federi is much older than Paean. This is gypsy love at its finest, and I was bewitched by the touching love story that drew me deeper into the adventure.

The book is long but filled with so much intrigue and suspense you gladly read on to unravel the various mysteries that are part of the whole adventure aboard the Solar Wind. For me, this book delves deeper into the characters and gives you a glimpse into the mechanics of their personalities. I like these pirates. Their humanity speaks to me. I can't wait to dive into the third book in the series, Freedom Fighter. Stay tuned…

You have subscribed to alerts for Lyz Russo.

You have been added to Lyz Russo's favorite list.

You can also sign-up to receive email notifications whenever Lyz Russo releases a new book.