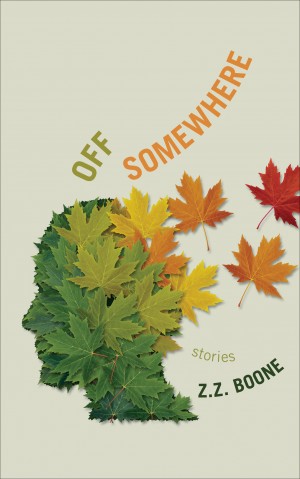 First 20% Sample: epub mobi (Kindle) lrf more Online Reader
pdb
Price: $7.99
Free! USD
Buy with coupon Use the code SS100 at checkout to get this book for free during our site-wide promotion!
(Offer good through July 31, 2020 )
Have a better coupon?
Add to cart, then apply your coupon
Add to Library Give as a Gift
How gifting works
Create Widget
Tags: short stories family domestic fiction psychological fiction
About Z. Z. Boone

Z. Z. Boone's fiction has appeared in many literary magazines, and his story "The Buddy System" was one of the Notables in The Best American Nonrequired Reading 2014. His films (written under the name Bill Bozzone) include Full Moon in Blue Water and The Last Elephant, and his produced plays (also written under the Bill Bozzone) include Rose Cottages, House Arrest, Korea, and Buck Fever. Mr. Boone lives with novelist Tricia Bauer and their daughter, and he teaches writing at Western Connecticut State University.

You have subscribed to alerts for Z. Z. Boone.

You have been added to Z. Z. Boone's favorite list.

You can also sign-up to receive email notifications whenever Z. Z. Boone releases a new book.