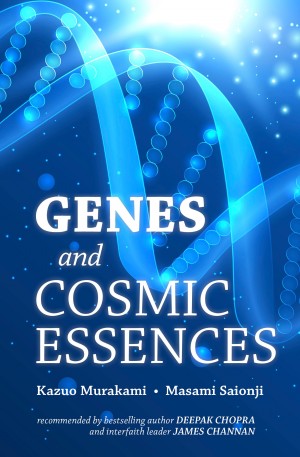 Dr. Kazuo Murakami is one of the top geneticists in the world and Professor Emeritus at the University of Tsukuba, one of Japan’s leading research universities. In 1963, he obtained a Doctorate of Agricultural Chemistry from the Graduate School of Agriculture at Kyoto University and then became a researcher at Oregon Health & Science University.

In 1976, Dr. Murakami started as assistant professor at Vanderbilt University. He was appointed Professor of Applied Biochemistry at the University of Tsukuba in 1978 where he began genetic research. In 1983, he decoded the gene of the human enzyme renin—a hidden factor behind hypertension—which won him international acclaim.

In 1990, he won the Max Planck Research Award. In 1994, he became director of the Tsukuba Advanced Research Alliance Center at the University of Tsukuba. In 1996, he was presented with the Japan Academy Prize in recognition of his achievements.
Dr. Murakami has authored numerous books in Japanese and English, including "The Divine Code of Life" and "Genes for the Joyous Life".

You have subscribed to alerts for Kazuo Murakami.

You have been added to Kazuo Murakami's favorite list.

You can also sign-up to receive email notifications whenever Kazuo Murakami releases a new book.