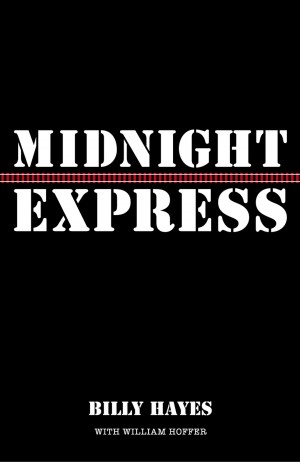 In 1970 Billy Hayes was an English major who left college in search of adventures to write about, like his hero Jack London. He had a rude awakening when he was arrested at the airport in Istanbul trying to board a plane while carrying four pounds of hashish, and given a life sentence. After five brutal years, relentless efforts by his family to gain his release, and endless escape plotting, Hayes finally took matters into his own hands. On a dark night, in a wailing storm he began a desperate and daring escape to freedom...

This is the astounding journey, told in Billy Hayes's own words, of those five years of living hell and of the harrowing ordeal of his time on the run.

"Some books open doors, and some books become the doors through which we pass into other, stranger worlds of experience and understanding. Midnight Express, by Billy Hayes, is such a book: a door that opens into love and fear, courage and sorrow so profound that the experience of it is quite simply unforgettable."
Gregory David Roberts, Author of Shantaram

Billy Hayes has been writing, speaking, acting, and directing in theater, film, and television since his escape in 1975. He lives with his wife, Wendy, in Los Angeles, still practices yoga daily, and appreciates every sweet, magical moment.

You have subscribed to alerts for Billy Hayes.

You have been added to Billy Hayes's favorite list.

You can also sign-up to receive email notifications whenever Billy Hayes releases a new book.