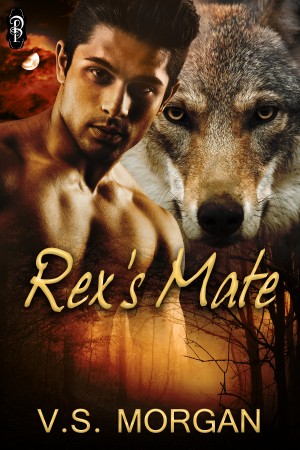 Abducted and genetically altered against his will, Aaron is thrust into a world he’d thought was only make-believe. Under the protection of a Minnesota wolf pack, he struggles with his new abilities as a rabbit shifter and his growing attraction for his cocky protector. Can he trust the former assassin to keep him safe and find his brother still being held captive by the evil group responsible for changing his life forever?
Available ebook formats: epub mobi pdf rtf lrf pdb txt html
First 20% Sample: epub mobi (Kindle) lrf more Online Reader
pdb
Price: $2.99 USD
Buy Add to Library Give as a Gift
How gifting works
Create Widget
Tags: mm glbt interracial multicultural paranormal romance erotic romance shape shifter romance werewolf romance

You have subscribed to Smashwords Alerts new release notifications for V.S. Morgan.

You have been added to V.S. Morgan's favorite list.

You can also sign-up to receive email notifications whenever V.S. Morgan releases a new book.