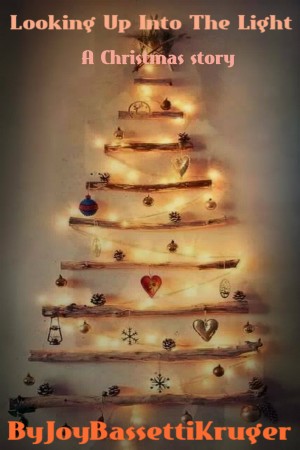 Looking Up Into The Light

By Joy Bassetti-Kruger
When Catherine looked up into the light reflected in the stained glass church window above her, she always saw something amazing reflected there and this somehow managed to give her hope for a brighter future. More
Catherine was an unusual child that longed to do the type of things that normal families did together at Christmas. There was not much hope of this happening in her family though. So she pinned her hopes for change on the reflections she always saw in the stained glass window of the church she attended at Christmas time, since something unusual always seemed to happen afterwards. One year the family received a turkey, the next a Christmas pudding and once some gifts were left on their verandah by a kind stranger.
In the meantime, she helped her mother around the house and dreamed about a better life where people loved and cared for her.
So will Catherine's Christmas wish perhaps come true this year?
And what about your wishes? Is someone out there perhaps listening to your pleas for a better life?
Available ebook formats: epub mobi pdf rtf lrf pdb txt html
First 20% Sample: epub mobi (Kindle) lrf more Online Reader
pdb
Price: $1.99 USD
Buy Add to Library Give as a Gift
How gifting works
Create Widget
Tags: christmas story family activities family activity finding friendship searching for family and love being in a family brighter future stainedglass window reflections wish coming true
About Joy Bassetti-Kruger

I began my library career at the Jhb. public library, and while I worked there part time, I also completed my Library Exams with the SALA. Then I was headhunted by Ekom, as I'd specialized in information retrieval and they needed someone to obtain current information on various projects for their engineers. Later I moved to Control Data, where I learned all about storing such information on their large computers.
All the while, I also taught ballet, modern and Spanish, dancing in my spare time, as I'd trained as a dance teacher while still at school. After I married I ran two dancing studios for adults, where I also began to teach yoga and passive exercises. In my youth I danced for PACT for a while, but as I was still studying at the time, -I decided to give this up, although I continued to dance in various productions at the Civic Theater in Johannesburg. -Showboat, The Merry Widow, Guys and Dolls, to name a few.
As I'd also joined two writing circles previously, I'd been writing all along, - mostly short stories. But then an opportunity came up for me to include English Literature and Creative Writing in my studies, so this is when my writing career really took off, even though I never published anything until recently, when I first uploaded stories on a local SA site,then Kindle, Kobo and now finally that I've cracked the 'meat-gringer," I've loaded some new stories on to Smashwords, which I think is a really wonderful site for writers, as it forces us to confront all the issues and make certain that everything is correct..

Reviews of Looking Up Into The Light by Joy Bassetti-Kruger

You have subscribed to alerts for Joy Bassetti-Kruger.

You have been added to Joy Bassetti-Kruger's favorite list.

You can also sign-up to receive email notifications whenever Joy Bassetti-Kruger releases a new book.