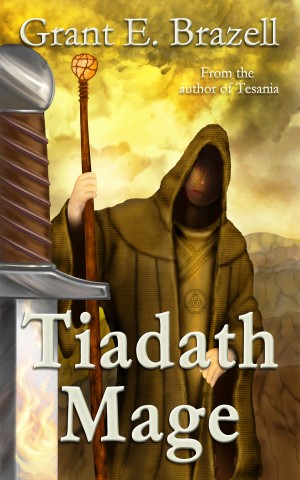 Grant E Brazell was born in Sydney Australia in 1966 to parents of English heritage. He has been a Fantasy buff for decades and spends most of his life wide awake in dreamland. He currently lives in Sydney, Australia, with his wife, one son and two cats.

He has had many influences in his writing. His early love of fantasy and indeed reading came while still at school when he picked up The Hobbit by J.R.R. Tolkien. From there he read fantasy voraciously. Authors such as David Eddings, Margaret Weis to name a few enthralled him. Between readings he dreamed of his own adventures and the desire to write was firmly implanted. Life though got in the way and it was another 30 years before he would put pen to paper. The result was, TESANIA.

You have subscribed to alerts for Grant E Brazell.

You have been added to Grant E Brazell's favorite list.

You can also sign-up to receive email notifications whenever Grant E Brazell releases a new book.