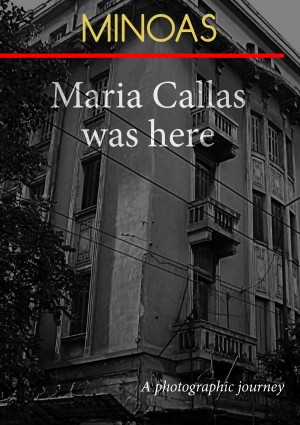 Minoas Pytharoulakis (a.k.a. Minoas) was born in Athens. His grandparents were from Manisa and Crete. In early childhood he showed great interest in music, so in the first school years he starts studying piano and music theory. He received his Bachelor's degree in Business Administration from Eastern Macedonia & Thrace Institute of Technology. Along with his music career, he has also been prominently active in the field of Management (participated in international conferences as a speaker, coordinator of various business projects and events, etc.).

In Athens Conservatory, he studied classical singing with Ioulia Troussa and earned his Diploma in Singing. Amongst the numerous masterclasses and courses in which he has participated throughout the years, most noteworthy are those held by Giorgos Zervanos, Sophia Kakoulidou, Kostas Paskalis, Jeannette Pilou, Anna Tomowa-Sintow, Nelly Miricioiu.

His first book 'Opera Management' was published in 2011 (Edition Orpheus), being internationally the first major research for Leadership in Opera. The work was supported from great personalities of Management and Music, such as the Mayor of Milan and Directors of the greatest Italian Theatres (Teatro alla Scala, Opera di Roma, La Fenice di Napoli, Arena di Verona, etc.).

He is a professionally renowned singing coach & vocal trainer in Greece. Constanly performing as a singer & pianist at various night clubs, he is also the author of many books published about music and singing. In his spare time he enjoys fitness training and songwriting.

"Maria Callas was here" - The documentary
A short documentary by Minoas about Maria Callas life in Athens neighborhoods. (Greek with English subtitles)

You have subscribed to alerts for Minoas.

You can also sign-up to receive email notifications whenever Minoas releases a new book.