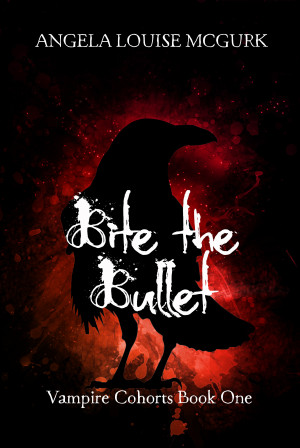 I should have fought, any person should fight, but my mind had been filled with a hazy calm which forbade any battle. Struggling had been the last thing on my mind, even when my bus arrived and my assailant waved it on, dismissing my last hope of escape.

Yet my lack of rebellion was far from the most unsettling part of the stranger’s control over me. The truth was that the man could’ve asked anything of me and I would’ve complied, but he didn’t need to vocalise his request. I knew instinctively what he wanted. I sighed and surrendered myself as he held me against his front in a lover’s embrace, tipping my head and willingly giving him access to my throat.

“One day you’ll understand,” he whispered, his tone subdued. I’ve often wondered since if he was really talking to me. Perhaps he’d been talking to himself, persuading himself that one day I’d know and accept his reasons for what he’d planned for me.

I wouldn’t. I couldn’t. Because when my fangs came in, my world altered irrevocably. It became somewhere dark, somewhere filled with murder and blood, where magic was sinister and where even my closest ally seemed more like an enemy... Even if he did make my heart skip a beat.
Available ebook formats: epub mobi lrf pdb
First 15% Sample: epub mobi (Kindle) lrf more
pdb
Price: $5.00 USD
Buy Add to Library Give as a Gift
How gifting works
Create Widget
Tags: vampire urban fantasy paranormal romance dark fantasy
About Angela Louise McGurk

Angela is the author of the Vampire Cohorts Series. Book One, Bite the Bullet, is due out in December 2015, with five further books scheduled to follow.

Vampires are popular with Angela, being the subject of most of her writing and 65-75% of her reading. The other 25-35% of Angela's reading is usually historical fiction and/or historical non-fiction. The combination of Angela's love of vampires and history can been seen in 'Absolution' which combines the modern world and WW1 history.

While currently occupied running her business, Angela spends much of her free time writing, reading,and trying to find a way of saving all the worlds in her head before they evaporate to some forgotten place never to be retrieved. As well as being a designer, business owner and writer, Angela is the mother to two fantastic children and wife to a husband who still hasn't read her books!

She grew up in a small Northumbrian pit village and briefly lived in Newcastle-Upon-Tyne where the Vampire Alliance series is set. One of her favourite places in the world in Rome and when she gets around to finishing the re-write of the prequel to the Vampire Alliance series this will be set in Rome. The prequel, currently going under the working title of 'Irredeemable' has been a work in progress for fourteen years, originally written in Angela's early teens it is currently being re'vamped' and will be published sometime in the future. Although as Angela also has plans for sequels, prequels and spin offs what comes next is anyone's guess!

About the Series: Vampire Cohorts

The Vampire Cohorts series is set in Newcastle-Upon-Tyne in Northumbria (UK), it follows the adventures of newly turned Darcy Salix, along with the Incredible Sulk, ancient master-vampire and Sire of the Newcastle Cohort, Conn O'Dowd. An ever expanding cast of creatures - witches, werewolves, gods, and demons - make an appearance to cause mischief and mayhem. The Vampire Cohorts world combines love, tragedy, hope, and struggle, into a tale of warrior vampires who will do all they can to protect their people in the face of overwhelming adversity.

If you like strong women, who fall down but always pull themselves back up, and brave men who will risk all to protect their people, then this is the series for you. Why not join Darcy and Conn in the shadows?

Reviews of Bite the Bullet by Angela Louise McGurk

You have subscribed to alerts for Angela Louise McGurk.

You have been added to Angela Louise McGurk's favorite list.

You can also sign-up to receive email notifications whenever Angela Louise McGurk releases a new book.