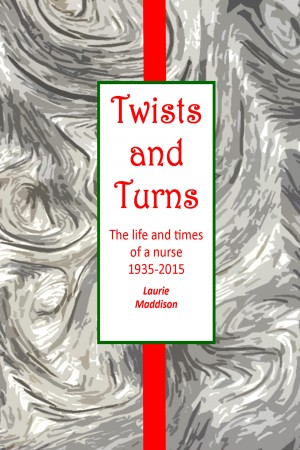 By Laurie Maddison
Rated 5.00/5 based on 1 review
Laurie Maddison describes her experiences as a child in Malaya, Australia and England. After school she enters nursing, marries, has a child and returns to Perth, Western Australia, where she works at Sir Charles Gairdner Hospital and in specialist areas at Royal Perth, followed by community nursing, post-graduate courses at University, mental health nursing, and finally as a university lecturer. More
Fleeing Malaya when the Japanese invade in WWII Evelyn and her mother live in Perth Western Australia. Her father is captured, survives the death camps and re-unites with his family in 1945. They move to England where Evelyn meets eccentric family members, tries to reconcile her idyllic Australian life to one of discipline at boarding school when her parents return to Malaya. On finishing school she enters nursing, marries, has a son. Determined he will enjoy the freedom of life she knew in Australia the family migrate. She returns to nursing first at Sir Charles Gairdner Hospital then moves to specialist areas at Royal Perth. Next comes community nursing, followed by a degree course at University, Mental health nursing , and finally as a university lecturer. Throughout, interactions with parents, family, friends, teachers, doctors, nurses, patients and dogs are told with humour and pathos that will awaken memories for different generations and enlighten the new.
Available ebook formats: epub mobi lrf pdb
First 10% Sample: epub mobi (Kindle) lrf more
pdb
Price: $4.99 USD
Buy Add to Library Give as a Gift
How gifting works
Create Widget
Tags: mental health nursing royal perth hospital bexhill hospital graylands kingston hospital silver chain sir charles gairdner hospital tidebrook place primary nursing
About Laurie Maddison
Read Laurie Maddison's Smashwords Interview
Learn more about Laurie Maddison

Reviews of Twists and Turns. The Life and Times of a Nurse 1935-2015 by Laurie Maddison

Laurie Maddison is a remarkable woman. This is not an accolade lightly conferred.
With the benefit of bundles of letters kept by her mother, the author lays bare the many joys and dramas of her life. Highly entertaining moments are set against those of great poignancy and injustices, making this book one to laugh and weep over. Underpinning this collection of letters are the strong personalities of two fiercely independent women bringing psychologically fascinating layers to the book.
A cast of eccentric family characters creates some delightful reading over the early years, as do recollections of a childhood spent in colonial Malaya. But with absent parents, the experience of boarding school back in England is at times heartrending, especially when pleas for removal fall on deaf ears.
On leaving school, the author’s choice to enter the well-respected English nursing profession was to be a life-changing one: it was this career move with its ‘Twists and Turns’ that largely occupies the rest of the book.
Upon graduation and work as a district nurse in England, there follows a bumpy marriage which was only to survive on condition of emigration to Western Australia, the latter having the source of happier times spent with Mother in Perth while Father was incarcerated by the Japanese in Malaya during World War Two.
Combining parenthood and loss with a demanding career, life progresses into one of greater experience and responsibility from work undertaken at two of Perth’s major teaching hospitals, Sir Charles Gardner and Royal Perth, and as a community nurse. Over these years, interactions with friends, colleagues, patients and beloved family pets, enliven the text and reveal much about the person and the system within which she works. In this respect, the book is instructive on the major changes in nursing care and medicine in the intervening decades, not always for the best.
But it was the author’s move into mental health nursing that brought a number of dramatic changes to her career and personal life. Revealed at this point is a woman of immense courage and determination not to be cowed by the system, driven by high principles and moral values. The reader cannot fail to be moved by the course of events that unfold and eventually lead to resignation ... at first literally and brutally, and later, figuratively speaking, as a remarkable career is reflected upon.
Twists and Turns is a must-read for all nursing aspirants, indeed for the entire medical profession at hands-on, administrative and policy-making levels, as well for those who have lived through the decades of change. But also, it is a must-read for the general reader, as a book of great humour, pathos and humanity.

You have subscribed to alerts for Laurie Maddison.

You have been added to Laurie Maddison's favorite list.

You can also sign-up to receive email notifications whenever Laurie Maddison releases a new book.