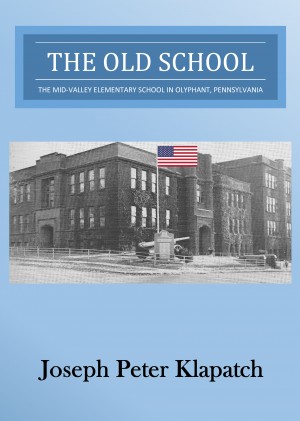 The Old School : The Mid-Valley Elementary School in Olyphant, Pennsylvania

Joseph Peter Klapatch grew up on School Street in the Grassy Island Heights section of Olyphant, Pennsylvania. This is the same street where his father and grandfather grew up. He attended Saints Cyril and Methodius Church. In the early 1980s, he delivered the Scrantonian and Tribune newspapers in Grassy and the adjoining neighborhood in Jessup.

He attended schools in the Mid-Valley School District, and was a member of the Mid-Valley Spartan Band. He also attended the Lackawanna County Area Vocational Technical School – North Center in Mayfield on a half-day basis. There he studied Electronics Technology. He graduated in 1982. He then enrolled in the Electrical Engineering program at the Pennsylvania State University. He attended the first two years at the Worthington Scranton Campus in Dunmore, and completed the program at University Park Campus in 1986, earning a Bachelor of Science degree in Electrical Engineering. He later enrolled in the Master of Science program in Electrical Engineering at Wilkes University. He graduated in 1992.

He currently resides in Galloway, New Jersey with his wife, Margaret and their five children. He is employed as a General Engineer at the William J. Hughes Technical Center at the Atlantic City International Airport. The family belongs to Our Lady of Perpetual Help Parish, and attends services at the Church of the Assumption.

You have subscribed to alerts for Joseph Peter Klapatch.

You have been added to Joseph Peter Klapatch's favorite list.

You can also sign-up to receive email notifications whenever Joseph Peter Klapatch releases a new book.