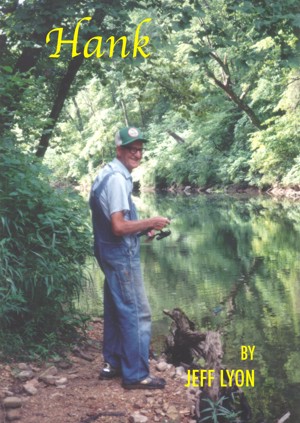 Jeff Lyon is the son of a truck driver and preacher’s daughter. He grew up in Irving, Texas, earned a Communications BA from the University of North Texas and then went ski bumming in Colorado. Jeff returned to Texas to work for the City of Lewisville before heading to Florida to become a licensed yacht captain. Jeff's next move was Chicago where he spent twelve years teaching sailing and captaining charters on Lake Michigan. During Chicago’s harsh winters he wrote travelogues, books, short stories and screenplays. Jeff returned to Florida to write and captain boats. The latest move landed Jeff with his wife Karen in Charlotte, NC. Jeff's adventurous tales are based on personal escapades and filled with extraordinary characters.

Hank a book by Jeff Lyon
Scenes from the Missouri Ozarks and Jeff's book HANK.

Reviews of Hank by Jeff Lyon

You have subscribed to alerts for Jeff Lyon.

You have been added to Jeff Lyon's favorite list.

You can also sign-up to receive email notifications whenever Jeff Lyon releases a new book.