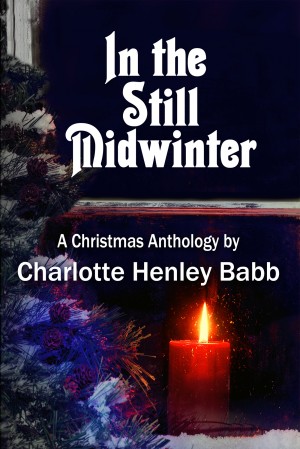 In the Still Midwinter

* Queenie's Christmas - A doll helps a girl and her mom find the spirit
* Cocoa and the Cat - It's dangerous to bring in a stray
* The Brick - Christmas is about surprises, right?
* Moon Dance - The magic comes just when a person needs it
* In the Still Midwinter - When the lights go out, will it be the worst party ever?

Reviews of In the Still Midwinter by Charlotte Henley Babb

This is a short collection of sweet, heartwarming stories set at Christmas time. Having read Fractured Fairy Tales, I was expecting some paranormal or fantasy elements but they weren't any. It's not a criticism just a comment.

My favourites were "Cocoa and the Cat" (although I thought it was a stupid bet) and "In The Still Midwinter".

You have subscribed to Smashwords Alerts new release notifications for Charlotte Henley Babb.