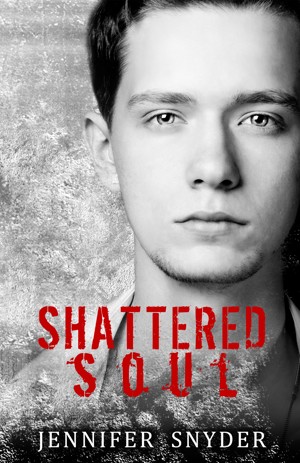 By Jennifer Snyder
Rated 5.00/5 based on 3 reviews
Seventeen-year-old Seth Bradson’s life is a hellish nightmare. Seth copes the only way he knows how, by spending his days in a drug-induced haze. But when Ali Carson steps into his life, Seth finds something he’s subconsciously been seeking—a new drug.

In a moment of weakness, Seth allows Ali to try crystal meth. A single event which begins the unraveling of both their lives.

If seventeen-year-old Seth Bradson were to describe his life in two words, those would be the two he’d choose. Seth prefers to cope with his crappy existence by spending his days in a drug-induced haze. But when Ali Carson steps into his life, Seth finds something he’s subconsciously been seeking—a new drug, one that consumes his mind unlike any other.

In a moment of unforgivable weakness, Seth allows Ali to try crystal meth, his most addictive temptation. This single event begins the unraveling of both their lives and forces Seth to learn the definition of regret the hard way.

Jennifer Snyder lives in North Carolina where she spends most of her time writing New Adult and Young Adult Fiction, reading, and struggling to stay on top of housework. She is a tea lover with an obsession for Post-it notes and smooth writing pens. Jennifer lives with her husband and two children, who endure listening to songs that spur inspiration on repeat and tolerate her love for all paranormal, teenage-targeted TV shows.
To get an email whenever Jennifer releases a new title, sign up for her newsletter a https://jennifersnyderbooks.com/want-the-latest/. It’s full of fun and freebies sent right to your inbox!

This story really hurt my heart. Whereas I did like Ali's character, I really was a bigger fan of Seth. I just really wanted to see him get out of the situation he was in and I was really hoping Ali was going to be the one to do that! I also wanted to see Calvin in jail!. Overall though I could not put the book down!

I had started this book and did not stop until finished. Since it is a short read, it only took me a couple of hours, but I was addicted to finishing the story of Seth and Ali. I had wanted to read this book for a while now and once I had it in my hot little hands, I could not resist temptation. I had to start it.

I can only sum up this story in one word….gripping! Ms. Snyder took a story and wove it into one that anyone could understand. You did not have to be an addict to feel for the characters. These are occurrences that happen every day around the world. Probably more often than we know or hear of. I just could not put this book down once I started reading.

Really this story saddened me as I watched these characters that could be so full of life, wither away to nothing and waste their lives away to feel a chemical happiness. I loved Seth. As much as he seemed like a coward, he really was stronger than he gave himself credit for. Ali was so sweet and pure that it made me wonder if people really do get hooked that easily?

This was a heartbreaking read for me, it really hits home when you have an addict in the family. So many nights waiting and wondering where they are or what they were doing. This book literally left me in tears and the ending will shock you. This is not your typical addiction story since both the main characters are addicts and it was interesting to see how quickly things change when one addict is trying to sober up and the other is going off the deep end!

Heartrending and desolate. Jennifer Snyder weaves a wonderful story about the cost of addiction and the struggle to win free of it. Seth and Ali start on opposite sides of the addiction spectrum when they meet and as he starts to break the grip it has on his life, she gets further drawn into it.


A number of reviewers on Goodreads.com have said that they didn't see the ending coming. I'm not sure who they didn't see dying in the end. I knew from about halfway through the book that Seth would kill shoot his brother, I just wish he had did it earlier, I was hoping he would after Kerri and Ali kissed, in order to try to save her before she fell too far. In the end, I am probably one of the few who understood how Ali could commit suicide. It is tough to say after reading Th1rteen R3asons Why and seeing Hannah commit suicide there, and believing that there is no good reason to commit suicide, but, maybe, in this case. . . .I actually gained a little more respect for her character. It seemed that she recognized how fall she had fallen, and didn't believe that she could recover, and if she did, she felt she had lost Seth.

To me, this reminded me a lot of Romeo and Juliet. Seth and Ali are really from two feuding families (Cops and Drug Dealers). Despite this, they fall so deeply in love, when Ali feels she has lost Seth, she commits suicide (and yes, this was a suicide, not an overdose - Jade tells 911 that she "just grabbed a handful and shoved them in her mouth!"), and that leaves Seth (after clutching her dead body to him) to commit suicide by police - he even asked himself "How was I supposed to live with the hole...where my heart used to be?"

So in the end, Ms. Snyder weaves a modern Romeo and Juliet tale of young love and its tragic ending, as well as showing us the hazards and costs of addiction.

You have subscribed to alerts for Jennifer Snyder.

You have been added to Jennifer Snyder's favorite list.

You can also sign-up to receive email notifications whenever Jennifer Snyder releases a new book.