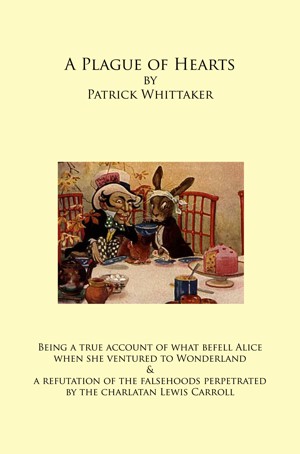 A Plague of Hearts

Rated 4.75/5 based on 4 reviews
On an otherwise normal day in Wonderland, the Knave of Hearts is arrested by the secret police. Outraged by what he believes to be an injustice, his valet, the March Hare, sets out to free him. Along the way he attends a mad tea party, witnesses the death and resurrection of the Queen of Hearts and uncovers a terrifying secret that could destroy not only his world, but ours too.

Patrick Whittaker is winner of the British Fantasy Society's Short Story Competition 2009. He has directed a number of short films, several of which have garnered awards for him.

He currently resides in Blackpool, England where he works as a government phone monkey. 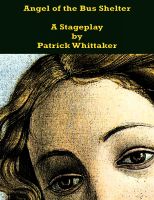 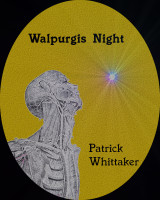 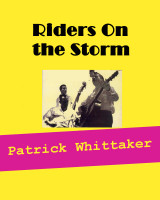 While it started out more entertaining than it ended, it was still thoroughly fun to read. Some of the conversations made me laugh out loud (tea and entropy)and i absolutely loved how the landscape was described, especially the rivers.

An inventive, very well-written, but unfortunately flawed take on the world of Wonderland.

The opening is genius and promises a very amusing story, but that promise is not to be fulfilled.

The middle is a fantasy suspense as the March Hare is dragged deep into a web of political intrigue and sedition within a country at war. There is a brief comic respite in the show-trial scene, which is also the only scene in which Alice plays a part.

I didn't find the ending to be satisfactory. It certainly is an ending, it's an inventive ending, and it's an ending that legitimately follows from what precedes it. Unfortunately, it's poorly dramatized.

A really powerful ending has the protagonist faced with a moral dilemma. There certainly is a moral dilemma here, but by the time we're shown it, it's already been resolved and it wasn't resolved by the March Hare. In fact, the March Hare is pretty much missing from the entire climax, even though he's the character we'd been following all through the book. The climactic scene is pure action but the major characters are not involved and not at risk; they simply watch the carnage and destruction.

The March Hare briefly reappears for a denouement that seemed rather pointless to me since it involves a couple of characters that had no part in the story (they did appear earlier as 'bit players'). Those are just two of a number of characters that serve no real purpose and simply clutter the story.

The opening is 5-star, the middle is 4-star, and the ending is 3-star at best. With some rework, this could have been an outstanding novel. As it stands, it's very inventive but inconsistent.

(reviewed the day of purchase)
Layton Buzzzard reviewed on Dec. 25, 2009

'A Plague of Hearts' is an oblique take on 'Alice in Wonderland' using many of the same characters and settings but creating a totally different story. An entertaining and genuinely funny book.

This is funny, unexpected and well written. If you like comedy and weird surreal bonkers stuff then this is for you. Has some real laugh out loud moments and it is consistently interesting right up to the very end.

You have subscribed to alerts for Patrick Whittaker.

You have been added to Patrick Whittaker's favorite list.

You can also sign-up to receive email notifications whenever Patrick Whittaker releases a new book.