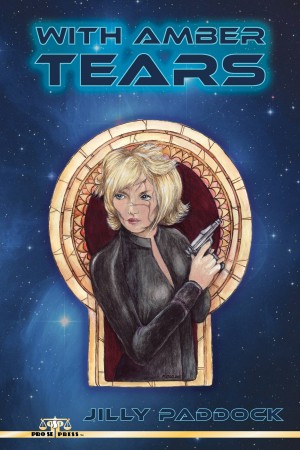 By Jilly Paddock
The sequel to To Die a Stranger: In the 26th century, Earth Intelligence dominates colony worlds through covert manipulation and a secret weapon: a small group of psionic-powered agents paired with computers. Anna-Marie Delany became a spy by mistake, combined with Zenith Alpha 4013. Now they're both on the run. EI wants Zenni back and Anna dead, and a trap is set on the desert planet of Lysseya. More
The time is the 26th century and the world has just about recovered from the Dark, an ecological and political catastrophe that brought humanity to the brink of extinction. Life is good now on Earth and the core planets of her trade empire, but it’s not as easy or comfortable in the poorer colonies. The Mother-world preserves her dominance by means of covert manipulation and elimination of her enemies, that being the remit of Earth Intelligence. EI have a secret weapon, a small group of agents who can read minds, move objects without touching them and walk through walls, tricks worked not by magic but by pairing ordinary people with computers that give them access to psionics.

While investigating a devastating aircar crash that almost killed her, Anna-Marie Delany stumbled into EI’s operations and became a spy by mistake. She combined with Zenith Alpha 4013 and had to steal him. They fled Earth and are still on the run. EI want Zenni back and Anna dead, and set a trap for the novice agent-pair on the desert planet of Lysseya.

Lysseya is a name Anna knows from the pulp novels and trashy sci-fi romances of her youth, a world rumoured to be full of treasure and riches guarded by a race of night-black warriors, all of them telepaths. She and Zenni feel safe enough there, protected by their newly-gained psi powers, but can they survive when EI’s trap is sprung under the hell of Lysseya’s triple suns in the desolate black desert?

You have subscribed to alerts for Jilly Paddock.

You have been added to Jilly Paddock's favorite list.

You can also sign-up to receive email notifications whenever Jilly Paddock releases a new book.