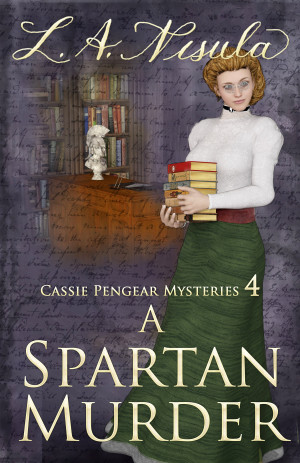 About the Series: Cassie Pengear Mysteries

Reviews of A Spartan Murder by L. A. Nisula

You have subscribed to alerts for L. A. Nisula.