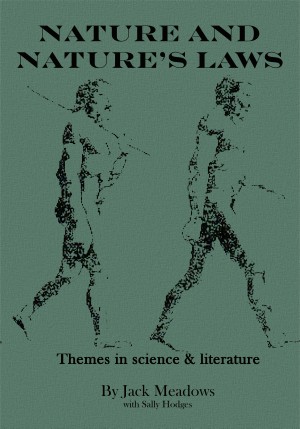 Nature and Nature's Laws: Themes in Science and Literature

Yet many writers both in the past and today, have been influenced by science. The purpose of this book is to reflect this continuing interaction via a series of brief extracts, presented with quotations and comments. Each double page explores a particular theme or writer.
Available ebook formats: epub mobi pdf rtf lrf pdb txt html
First 20% Sample: mobi (Kindle) lrf pdb Online Reader
Price: $2.99 USD
Buy Add to Library Give as a Gift
How gifting works
Create Widget
Tags: 17th century literature influence of literature interaction of science and literature poetry and science two cultures debate
About Jack Meadows

Professor Jack Meadows is a former Head of Astronomy and History of Science at the University of Leicester. He subsequently became professor of Library and Information Studies at Loughborough University, retiring earlier this century.

You have subscribed to alerts for Jack Meadows.

You have been added to Jack Meadows's favorite list.

You can also sign-up to receive email notifications whenever Jack Meadows releases a new book.