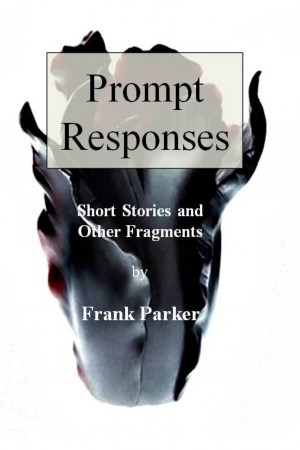 A collection of short stories and other fragments from the Author of Strongbow's Wife and Transgression More
Most of the stories and other bits and pieces in this collection were written in response to a word or phrase given as a prompt at the end of a weekly meeting of the Laois Writers' Group. The purpose of the prompt was to stimulate the creative juices. Members were expected to bring the fruit of their labours in response to the prompt to read to the group the following week. Most pieces are, in consequence, less than 1000 words long. They deal with a wide range of subjects. Some contain strong sexual content. These have been grouped at the end in order to make it easy for sensitive readers to avoid them. They will not show up in any preview.

Frank Parker's writing has been likened to that of Laurie Lee, Ian McEwan and Charles Dickens. Not bad for a septuagenarian who came to writing late in life.

Frank is a retired Engineer. He spent most of his working life in England where he was employed by UK based multi-national companies. He always wanted to write but has only found the freedom to do so since retiring to Ireland in October 2006.

Formerly resident in Portlaoise, he now lives with Freda, his wife since 1963, in Stradbally, Co. Laois, Ireland.

To date he has 4 e-books available on Smashwords, 2 novels and 2 collections of poems and short stories.
He writes about people facing the challenges of history: The Norman conquest of Ireland, the dramatic changes in attitudes to sex and sexuality of the 1970s.

He is currently researching and writing about the famine that struck Ireland between 1845 and 1852.

You have subscribed to alerts for Frank Parker.

You have been added to Frank Parker's favorite list.

You can also sign-up to receive email notifications whenever Frank Parker releases a new book.