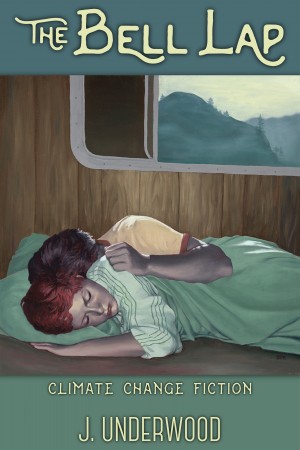 Jan Underwood’s apocalyptic vision in these beautifully written stories is both thrilling and disturbing. Her ordinary heroes will resonate with many readers who wonder what lies ahead.
—Jill Kelly, author of When Your Mother Doesn’t and Fog of Dead Souls

When we can no longer depend on the natural world for sustenance or culture for safety and meaning, what remains? The Bell Lap explores the dark and fragile perimeters of the human experience when the terms of our existence have been altered beyond recognition and must be renegotiated individually and collectively. As you travel to the other side of climate change in these elegant and evocative stories, you will reconsider who you are, what you value, and where your place is in the human family.
—Sage Cohen, author of Like the Heart, the World and Writing the Life Poetic
Available ebook formats: epub mobi pdf rtf lrf pdb txt html
First 20% Sample: epub mobi (Kindle) lrf more Online Reader
pdb
Price: $5.99 USD
Buy Add to Library Give as a Gift
How gifting works
Create Widget
Tags: dystopia literary fiction fiction literary clifi cli fi climate change fiction fiction climate change fiction future climate change science fiction

Reviews of The Bell Lap--climate change fiction by J. Underwood

You have subscribed to alerts for J. Underwood.

You have been added to J. Underwood's favorite list.

You can also sign-up to receive email notifications whenever J. Underwood releases a new book.