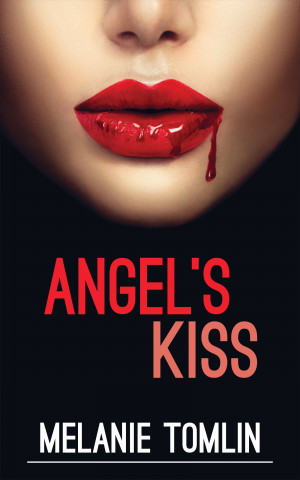 Helena is ready to die, until she encounters a vampire.

An angel — Danizriel — finds Helena alive and the vampire dead. Not mortal, not vampire ... what is she? Together they discover she is something new.

News of Helena's unnatural abilities quickly spreads. She becomes the target of a deadly hunt by vampires, and Danizriel is placed in an impossible situation when he is told he must kill her More
Not mortal, not vampire ... what is she?

Helena wants to die, but when a vampire tries to take her life she instinctively unleashes a mysterious, deadly power she never knew she had.

When Danizriel — an angel — arrives on the scene, he's puzzled to find Helena alive and the vampire dead. Intrigued, he shelters her and together they discover that she has become something neither of them expected.

Their growing attraction is soon threatened when news of Helena's unnatural abilities quickly spreads. She becomes the target of a deadly hunt by vampires and Danizriel is placed in an impossible situation when he is told he must kill her.

Melanie Tomlin was born in Beeston, England. At the age of three her family moved to suburban Melbourne, Australia, where she has lived ever since. When she was twelve her parents bought her a typewriter, and she wrote her first novel that very same year. She still has the typewriter, which is somewhat worse for wear, but that first manuscript is now nothing but a distant memory.

Her first published book, Angel's Kiss, was released in 2015. The next three instalments in the 'Angel Series' -- Angel's Curse, Angel's Messiah and Angel's Body -- were released over the next two years. She likes to write in different genres and has also published a book of twisted poems and a children's picture book, which she dedicated to her dog.

Melanie is currently working on the fifth book in the 'Angel Series' -- Angel's Demon.

You can check out her website and/or sign up for email updates, competitions and freebies at: melanietomlin.com

About the Series: Angel

Follows the life of Helena, new to immortality, but not pain and suffering. She is a hybrid — part vampire, part earth-bound angel, and feeds on vampires.

You have subscribed to alerts for Melanie Tomlin.

You have been added to Melanie Tomlin's favorite list.

You can also sign-up to receive email notifications whenever Melanie Tomlin releases a new book.