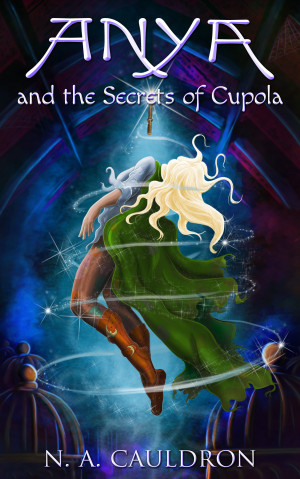 Anya and the Secrets of Cupola

By N. A. Cauldron
12yo Anya and her friends discover a hidden history of their queendom. Magic. They must hide their secret while learning to use it in order to rescue loved ones and prevent the queendom of Cupola from being destroyed. More
Deep in the walls of Cupola lies a secret. A 200 year old magical secret. And it's up to Anya and her friends to solve it.

Meet Anya, a twelve year old girl with utterly no direction in life. Meet Taika, her best friend who can make a potion strong enough to cure a weregoblin, but may forget to warn you that it can explode at any moment. And then there's Gevin. Yeah ... well ... Gevin's just Gevin isn't he? These three unlikely heroes will have to brew potions, battle monsters, and even endure the night-of-the-overturned-chicken-stool before discovering the deepest mysteries of Cupola.

N. A. Cauldron grew up on the outskirts of modern Cupola. As a young child, she enjoyed listening to the tales told of Cupolian's history. This ultimately led to a successful career as a research historian and her recent authorship of historical fiction. She is an avid herbologist, and spends her free time hunting out and collecting rare herbs for her potion making. She is especially fond of the snaggled tooth humpmoss, and has been known to spend weeks at a time on fungal expeditions.

Although Ms Cauldron is currently spending her time attempting to acquiesce to earth’s society, her roots and permanent home will always remain in Cupola. She is currently studying earthly children’s literature and plans to contribute to its volumes upon finishing her historical works on the Cupolian time period known as the Magical Revolution.

Learn more about N. A. Cauldron

About the Series: The Cupolian Series

This series is about the time of Cupola known as the Magical Revolution. Much like Earth's Dark Ages, Cupola had a time when its history and truth were hidden as well. Join Anya and her friends as they discover these hidden parts of their pasts and themselves.

Also in Series: The Cupolian Series 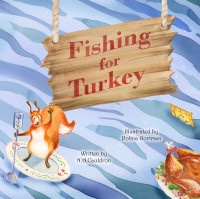 You have subscribed to alerts for N. A. Cauldron.

You have been added to N. A. Cauldron's favorite list.

You can also sign-up to receive email notifications whenever N. A. Cauldron releases a new book.