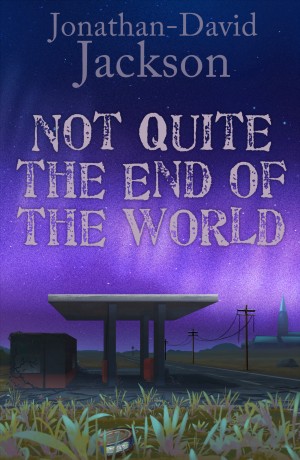 Not Quite the End of the World

Jonathan-David Jackson was born in Gastonia, North Carolina, at 3 in the morning on May 14, 1987. At first, he could not walk, talk, or indeed use the toilet. After a year of intensive training in NC, he moved his family to Kingsport, Tennessee, where he finally overcame those early disabilities. Soon, he was walking and talking as good as anyone, and perhaps better. Walking and talking wasn’t good enough, though, so he also learned to write.

He wrote and wrote, and with gentle encouragement from his wife, he finally wrote a book – The Quest for Juice. Then he wrote The Quest for Truth. She wouldn't let him rest, though, so then he wrote this biography. Perhaps he’ll do more things; that would certainly be exciting.

You have subscribed to alerts for Jonathan-David Jackson.

You have been added to Jonathan-David Jackson's favorite list.

You can also sign-up to receive email notifications whenever Jonathan-David Jackson releases a new book.