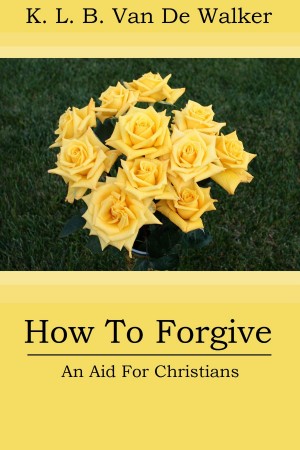 How to Forgive - An Aid to Christians

K.L.B. (Karen Louise Brant) Van De Walker has been a Christian for most of her life. She was raised Lutheran, but, along with her parents and siblings, became active in the Charismatic Revival of the 1960s that was happening in the San Fernando Valley in California. Karen went to college in Oklahoma and graduated from Oral Roberts University with a B.A. in English Literature. Returning home to California, she and her family became involved with deliverance ministry, something she and her mother particularly practiced even after moving to Orange County.
For a time, Karen and her mother were active in Aglow Fellowship, and she later taught an independent women’s Bible study for some years.
Karen is married, and her children were home-schooled.

You have subscribed to alerts for Karen Brant Van De Walker.

Would you like to favorite Karen Brant Van De Walker?

You have been added to Karen Brant Van De Walker's favorite list.