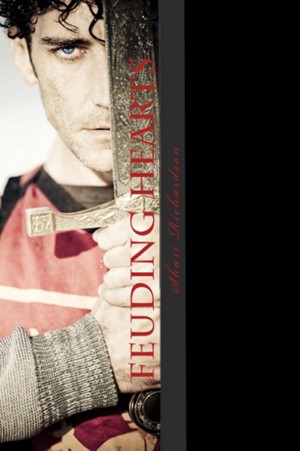 By Astral Plane Publishing
Rated 3.00/5 based on 1 reviews
Cecilia Phoenix dreaded marriage, especially to Lord Fitzroy, and prayed for an escape, but when her brother was brought to her fresh from his defeat on the battle field, salvation was not what she expected to find in the angry countenance of Lord Aldere Wyke.
Now they must find the strength to love and trust each other before their doubt destroys them both.

Shari Richardson holds a master's degree in English Education and has spent much of her life teaching students the joy of reading and writing. Her love of writing began when she was in elementary school and has carried through her entire adult life. Shari lives in Pennsylvania with her two Chihuahuas.

Author gifted my with an ebook copy in order to review book on my blog http://historicalfictionobsession.blogspot.com

The Wyke and Phoenix families have been feuding for over 100 years, when finally the eldest of the Wyke family, Aldere, sees an opportunity to put the feud behind them once and for all by marrying the younger sister of Devynn Phoenix (whose existence had been hidden from the Wyke’s).

In historical romance novels there always seems to be a couple of the following things happening:


* A man and woman forced to marry each other against one or both of their wills then end up falling in love, but are too stubborn to admit it first to the other person.


* It seems like there is always a spurned man or woman from the past who makes an awesome antagonist and seeks revenge for the humiliation their ex lovers NEW lover is causing them.


* There is often a near death experience shortly before or shortly after they FINALLY profess their love for one another and they are hysterical at the thought of losing the person who a week ago they seemed to hate.


* Usually there is some type of major misunderstanding once they have finally realized that they are in love (often caused by the antagonist, spurned man/woman).


* And finally, for some reason it seems like in a lot of romance novels one of the main characters is stricken with fever, and ends up blabbering about things they would never say if they were not hallucinating (example: talking about how much they love the person who they had recently said they hated, telling a secret that may hurt their new love, etc.)


Ok, so do you see what I’m saying here? Well, all five of these apply to Feuding Hearts.


Cecilia is forced to marry Aldere, Keicha is a woman from Adere’s past and Braden Fitzroy wants to marry Cecilia, and they both end up being great antagonists in this story. Also, there’s a near death experience for one of the lovers that is caused by the jilted person from the past, and of course there is a huge misunderstanding between Aldere and Cecilia just when they’ve finally gotten it together and are working things out, and then, of course there are fever and the hallucinations, it’s all there!

I’m not saying any of this is bad, because it was a good book, and I was certainly never bored and I liked the ending. The only frustration I had was when Cecilia was acting weak when Aldere was being a jerk towards her. She didn’t deserve any of the crap that he gave her, but she was taking it because she loved him so much. Obviously the time period the book took place in was when women didn’t really have a choice to speak their mind, but at one point I was extremely annoyed with Aldere’s lack of trust, when Cecilia had done NOTHING to deserve the way he acted. He seemed so ready to believe the worst of her when everything she had done was in order to protect him.

There were also quite a few words that must have been missed when editing. Words that weren’t out right spelled wrong, but were just the wrong word for that sentence, or a word was repeated. A good example of the common errors would be, “The men around them now seemed very happy to see here, when before she was assumed to be a whore.”

It probably sounds like I didn’t like the book, but honestly I did. I think that in order to really appreciate it as a reader you need to like romance novels, specifically historical romance, because they usually are a little over the top and dramatic. I thought Feuding Hearts had a great story line, and was entertaining. I also liked that the narrator included both Cecilia and Aldere’s point of view. It wasn’t first person, but as 3rd person omniscient the reader is able to see what is going on inside both of their heads. Oh, and I can't forget to mention the love scenes...now THOSE were very nice! Definitely on par with some of the best romance novels I've read! Gotta love good sex scenes! ;)

It’s not one of my favorite historical romances, but it was a good read and if you enjoy this genre of novels, then I would definitely recommend it.

You have subscribed to alerts for Astral Plane Publishing.

You have been added to Astral Plane Publishing's favorite list.

You can also sign-up to receive email notifications whenever Astral Plane Publishing releases a new book.