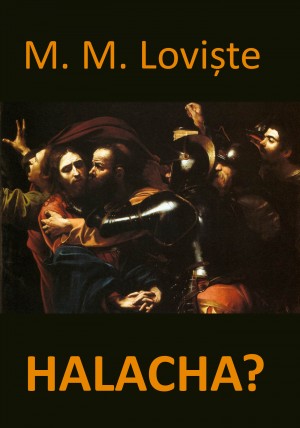 M. M. Loviste is born in 1956 in Boisoara, Tara Lovistei. After graduating from the Panait Donici Engineering Military Institute in 1979, he works as a sapper leader until 1989, when he is discharged. Since 1994, he has worked for a radio station, and since 1995, for a television channel, where he makes short movies, documentaries, news reports, television investigations, live transmissions, and live shows. From 1996 until 2008, he is the General Manager of the Etalon television station, during which time this station is recognized at national and international levels, especially in the field of short movies. Loviste attends the “Days and Nights of Literature” International Festival in both 2007 and 2008, where he films “The 14th Wave”, a documentary highly praised by the president of The Union of Writers in Romania (USR). Loviste is also noted for his exclusive interviews with the famed Russian poet Yevgeny Yevtushenko, and the 2006 Nobel Prize winner for literature, Turkish novelist Orhan Pamuk.

In 1994, Loviste publishes his first prose volume, “A Cross Too Hard”, which deals with the Romanian village during the period around World War II. His next novel, “Stolen Identities” (1996), portrays Romanian soldiers being taken hostage in the Soviet Union. In 1997, he publishes “Nessus’s Attire”, a radiography of the period before and after the Communist regime. In his short story volume “The Irretrievable” (1999), the author addresses social issues. In 1999 he becomes a member of the USR. In 2001, he publishes “The City of the Last Eclipse”, a satire on the Romanian society after 1989, which in 2008 receives the Vasile Militaru Award from the Union of Writers in Romania during the second National Festival for Literature and Satire in Pitesti. His last two volumes are republished in 2006 and launched during the Gaudeamus International Book Fair, in Bucharest. In 2007, the same books are nominated for the USR Awards, Book of the Year for prose. Loviste’s literature and television activity have brought him numerous prizes and distinctions.

In 2009, he publishes the novel “Apprentices of the Word”, a terrible confrontation between good and evil. At stake in this dramatic confrontation is man, to whom God gives freedom of choice. The key to this novel is, naturally, the Word, which is omnipresent and vital to man. The same year, the volume is awarded the USR Special Jury Award, Book of the Year for prose. The Church also recognizes the spiritual and artistic value of the book, the Archbishop of Arges and Muscel, His Grace Calinic Argatu, awarding it with the plaquette of Saint Voivode Neagoe Basarab and the icon of the Saint, plated in silver and gold.

Starting with 2012, the author devotes himself for four years to a new novel. “Halacha?” is built on the basis of three literary landmarks: First, the atmosphere in which the greatest act of injustice in the entire history of the human race – the Trial of Jesus – took place two thousand years ago; second, the political games that led to the assassination of Jesus Christ by involving high-level corruption – the terrible scourge haunting humanity yesterday, today and tomorrow – in the process; finally, the presentation of the most unusual form of legal defense of the Son Of God – silence.

You have subscribed to alerts for M. M. Loviste.

You have been added to M. M. Loviste's favorite list.

You can also sign-up to receive email notifications whenever M. M. Loviste releases a new book.