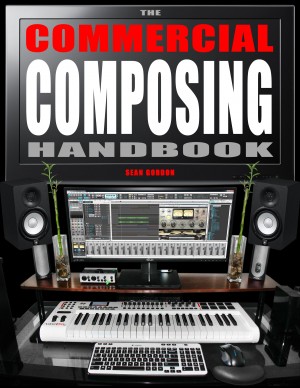 By Sean Gordon
Learn how to write and compose music for commercials. Kill writer's block and find out how to see "The Matrix" as you become a power player in such a lucrative musical field. A must-have for every songwriter, instrumentalist, composer, and musician looking to get into commercials.
Available ebook formats: epub
Price: $2.99 USD
Buy Add to Library Give as a Gift
How gifting works
Create Widget
Tags: composition songwriting composing how to write songs how to write a song music tips music composition commercial music how to write music music tricks
About Sean Gordon

Sean Gordon has been working in the music industry professionally for over 15 years and has been composing music for over 20. He has composed and produced music for NBC, Discovery, Nintendo, X-Box, Shell, Bank of New York, Franklin Templeton Investments, Kikkoman, Redd’s Apple Ale, Spy Gear, Bay Club, Philips, Underworld, Wasteland, Urgency, Red Robin… and many more. His earlier years were spent in touring rock band “Burning Tree Project” as the lead guitar player. After four albums and even appearing on MTV, he quit the band to pursue his own music. He then got his big break in licensing via a phone call from an old friend who was working behind the scenes in the music business. As a hobby Sean would record and posts videos on his YouTube channel as "Shonsta". As a result of posting his first video “Simpsons Unplugged” way back when YouTube first started, he was invited to several Simpsons scoring sessions where composer Alf Claussen (Composer for The Simpsons) helped transform him into the composer he is today. He then opened his own recording studio (Digital Dungeon) and began producing bands and artists in North Hollywood, CA. This would lead to film score and the very secretive world of custom commercial cues. In 2011, Sean moved to San Francisco, CA and opened a post audio house with a business partner for several years. He has since been solely composing music for commercials and finally retired from the composing business to pursue his other life passions.

You have subscribed to alerts for Sean Gordon.

You have been added to Sean Gordon's favorite list.

You can also sign-up to receive email notifications whenever Sean Gordon releases a new book.