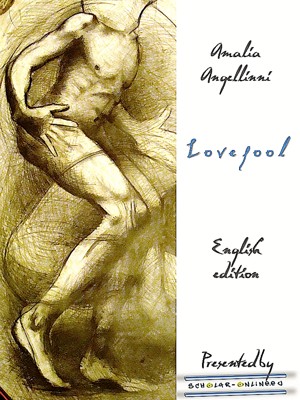 By Amalia Angellinni
Love is all we need. Moreover, love shows mostly when we don't expect it, love surprises us. It causes a revolution in our hearts and in our – apparently – ordered world. Nothing is and nothing will be the same any more, when fates of people, who are destined to meet, cross one day. Mia, Julian and Sebastian meet each other. And Julian is not a human.
Available ebook formats: epub mobi pdf rtf lrf pdb txt html
First 45% Sample: epub mobi (Kindle) lrf more Online Reader
pdb
Price: $0.99 USD
Buy Add to Library Give as a Gift
How gifting works
Create Widget
Tags: poetry love story supernatural fate europe lovefool amalia angellinni sense of life
About Amalia Angellinni

Shortly: I am a passionate writer (among all The Lovefool Saga) and open-minded human being

Usual saying: Being occupied is not a problem, it's not even a challenge. It's daily routine.

* * *
I was born in Italy and from the very beginning, I was fascinated by other worlds. From my childhood, I was spending my time in the world of books, which is multicultural and fascinating. My favourite writers are French Jean de La Fontaine, Jules Verne, American Mark Twain, Frances Hodgson Burnett, Jack London, Canadian Lucy Maud Montgomery, English Jonathan Swift, Charles Dickens, Lewis Carroll, John Ronald Reuel Tolkien, German brothers Jakob and Wilhelm Grimm and Karol May, Finnish Tove Jansson and, of cours, Italian Carlo Collodi.

My grandpa read me books of Henryk Sienkiewicz and „King Macius I” by Janusz Korczak. Polish roots are in my family since my grandpa, who was born in Warsaw, and because of war, he landed under Monte Cassino. [The Battle of Monte Cassino, 1944 (also known as the Battle for Rome and the Battle for Cassino) was a costly series of four battles during World War II, fought by the Allies with the intention of breaking through the Winter Line and seizing Rome. – after Wikipedia]. In addition, he stayed in Italy because of my grandma with a typical Italian surname Francesca.

My grandpa said always, you have to be a good soul and you have to meet people and the world. First then, you will be a happy person. Among all, my grandpa told me about Poland and Warsaw Uprising, when his family died, and he took me to the grave of General Władysław Anders. Grandpa gave me the fascination about Poland and we wanted to visit Poland together. Unfortunately, I had to go to Poland alone. I found places, which my grandpa was telling me, as I was a child. I like Poland. That is the reason why some occurrences of my book happen in Warsaw. It is my honour for my grandpa.

Fascinated with literature and encourage through my family and friends, I decided to share my – until now rather small – work. I asked the team at Scholar Online Europe, because my first book, „Lovefool”, has international features and it plays partially in Poland. It is a love story between a Polish girl Emilia and Julian. If you liked the saga Twilight by Stephanie Meyer, you will surely like my characters. However, I do not describe vampires or wizards, although there are some magic features in the main story.

I see the world as a magic place. Wonders happen every day. The magic of books causes that we create new worlds and we imagine the most beautiful occurrences. People from different countries and cultures share the same emotions. Art and music are the universal languages of the humanity.

I studied cultural studies and I hope that I will get to know the diversity of Europe furthermore.

I thank to the Scholar Europe Team for support by publishing and promoting my books! You'll find more interviews and book reviews in different languages from my fans at My Homepage at Scholar Online Europe (The Lovefool Saga and other stories - Amalia ANGELLINNI). By buing my books, you support the European integration project Scholar Online Europe.

At this point, I feel obligated to say once again THANK YOU to everybody, who supported me on the way. I would be appreciated if you read my BIG THANKS here (translated in Polish and German, too).

lovefool video
Lovefool, first book of Amalia Angellinni with the song of Beyonce (Halo) playing in the background, Lovefool seems to be at least as good as Twilight. Julian is not a vampire, but he has some extra skills, he is not a human altough he looks like one.Love is worth living for, love is worth fighting for, love is worth dying for. Just read it! 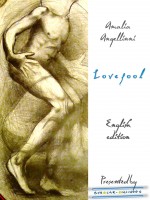 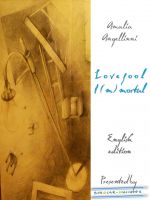 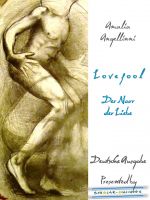 Reviews of Lovefool by Amalia Angellinni

You have subscribed to alerts for Amalia Angellinni.

You have been added to Amalia Angellinni's favorite list.

You can also sign-up to receive email notifications whenever Amalia Angellinni releases a new book.