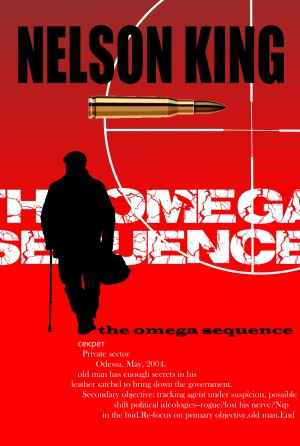 Book number 1.0 in the Fabian Castillo assassin suspense series. An elite assassin faces a tough moral dilemma. Abandon his latest assignment knowing that millions of people will not have to suffer in the years ahead, or ignore the inner voice that haunts him. And continue as if it's business as usual. More
A contract hit jeopardized by politics, personal ideologies and the love of a beautiful young woman: Prometheus, a muddled assassin, begins to question the morality of the profession he has excelled at for the past twenty years.
This international thriller begins in Europe and ends on a remote island deep in the South Pacific. The Omega Sequence could be the answer to mankind's health and save billions of lives in the years ahead-but only if the patent for the new technology is kept out of the hands of the corporations.
Available ebook formats: epub mobi pdf lrf pdb txt html
First 15% Sample: epub mobi (Kindle) lrf more Online Reader
pdb
Price: $2.99 USD
Buy Add to Library Give as a Gift
How gifting works
Create Widget
Tags: action adventure action suspense thriller and suspense action adult assassin adventure assassin hitman
About Nelson King

Nelson King still considers himself a New Zealander, even though he has lived abroad for almost twenty years. He trained as a civil and structural engineer but is now a full-time novelist. He splits his time between New Zealand, Europe, and Canada—a country and people he has grown to love dearly. He writes suspense fiction thrillers with a hint of action/adventure, traveling the world to painstakingly research his many subjects and characters.
His interests include flying planes and exploring far-flung regions. He is currently writing his fourth book, the third in the Fabian Castillion assassin suspense series trilogy.

You have subscribed to alerts for Nelson King.

You have been added to Nelson King's favorite list.

You can also sign-up to receive email notifications whenever Nelson King releases a new book.