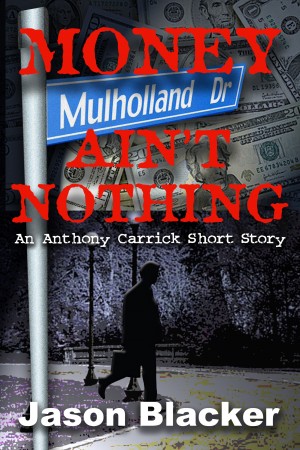 From the moneyed streets of Mulholland Drive to the trashy trailer park home of white trash Goths, Anthony’s quest takes him into the dark underbelly of humanity’s seedy side. Love may be blind, but the love of money is a sure path to murder and regret. The rich may be protected from most of life’s hardships but nobody is beyond the reach of the reaper.

Young love is full of promise and vigor but also of hot emotion. Mix 2 parts spurned lover with 1 part trailer trash and another part quick cash and you’ve got a recipe for murder. From vixens to victims and rich bitches to Hispanic snitches, watch Anthony bring a murder to its conclusion. Was it accidental or homicidal?

I was born in Cape Town, South Africa but now call Canada home. I love the old hard boiled detective novels of Dashiel Hammett and Raymond Chandler, but they never wrote enough so I decided to write my own :)

With my literary fiction I'm trying to write stories that resonate with the human condition. But more than that, I hope to add something the written canon that helps to uplift the human potential.

I love the greats; Hemingway, Steinbeck, Fitzgerald and I love the poets too, especially Dylan Thomas and Walt Whitman. Other writers I enjoy include Chuck Palahniuk, J M Coetzee and K. Sello Duiker.

A healthy body creates a healthy mind that can write creatively. A lot of mine when not writing is spent running, working out or playing squash.

I live with 6 other sentient beings, 4 of whom are furry felines who seem to run the place. Not well, but they put up with us. I love to hear from my readers so please write to me!

Anthony Carrick, the self-described 'alley cat', is a character you will love. He's a rough around the edges, hard knocks kind of guy - a former police detective, that now finds himself eking out a living doing private investigations for people who are having a run of bad luck.

In Money Ain't Nothing, he's hired by a wealthy woman to investigate the suspicious death of her son. She suspects murder, but the authorities don't agree, so she turns to Anthony Carrick. His methods are far from by the book, and in his world, fairy tale endings don't exist, but the big, bad wolf always does.

Readers of hard-boiled detective fiction will find a colorful new character, who is more comfortable navigating the seedy side of life, to get their mystery-solving fix from. Anthony Carrick's beaten up charm is undeniable, his jaded 'seen it all' take on the world makes for a lively read.

Money Ain't Nothing is an entertaining short story that will have you completely hooked on this character, gruff charm and all. Also highly recommended: First Feature - the first novel in the Anthony Carrick detectives series. Count me in for more, lots, lots more!

-Rai Aren, co-author of the award-winning mystery novel Secret of the Sands

You have subscribed to alerts for Jason Blacker.

You have been added to Jason Blacker's favorite list.

You can also sign-up to receive email notifications whenever Jason Blacker releases a new book.