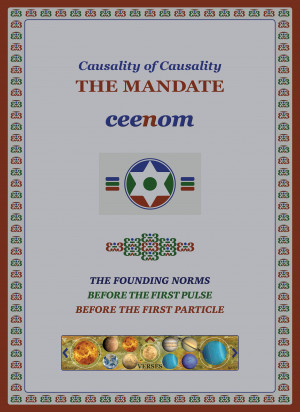 Wisdom of utmost importance confirming all phases of knowledge from first human until now is getting disclosed exposing the causal basis behind everything. From physical and functional characteristics of objects and species we can explore the causal reasons behind why each object and species originated and behaves in that specific way. This’ll take us to the causal basis behind the origin and evolution of the entire universe, its galaxies, stars, planets and species. As mathematics provides the causal basis of particles and the universe, it must exist before them. If human is the most distinguished creation in the universe is a fact, mathematics is the essence of commandments to the one unified humankind on Earth. It’s thus the obligation of human to identify the origin and cause of mathematics.

You have subscribed to alerts for Ceenom.

You can also sign-up to receive email notifications whenever Ceenom releases a new book.