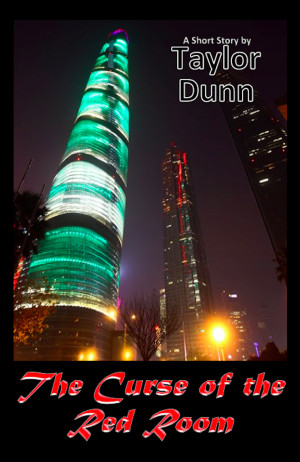 The Curse of the Red Room

Rated 5.00/5 based on 2 reviews
Pissing off the last mystic of an obscure Qigong cult can get you killed. Tobin Lonsdale, the self-proclaimed Dark Lord of the Internet, has done just that. In due course he will discover that certain levels of hubris can have very serious consequences.
Available ebook formats: epub mobi pdf lrf pdb txt html
You set the price! USD
Buy Add to Library Give as a Gift
How gifting works
Create Widget
Tags: revenge devil witchcraft fear and loathing contemporary fiction shanghai urban legend curses paranormal asian cults red room curse
About Taylor Dunn

Taylor Dunn is the pen name of an American born author raised in the charming and underrated city of Minneapolis, Minnesota. There, a poor white kid growing up in a poor black world, he learned many of life’s lessons the hard way. Drawing on those experiences has led to the creation of unusual characters with, demented and deranged as they may be, a distinct voice.

Escaping the poverty of the North Side, he attended Augsburg College and later Saint Cloud State University where he studied history, with a particular interest in Eastern Europe and Asia, discovering how poor people of other cultures were slowly crushed by structural inequality and oppression. Not that we know anything about that in the United States.

Before publishing his first novel Taylor worked as a yard-dog for a company known by its employees as the dog-nut. He moved on to stints as a courier, truck driver, bartender, a teacher of little kids, and later a teacher of bigger little kids. When not being tormented by the scheming intrigues of demons, Taylor enjoys traveling, mountaineering, and the unpredictability of people. He invites readers to email him at taylor.dunn.author@gmail.com.

“I don’t care if you are good or bad; just be interesting.”
- Taylor Dunn

Reviews of The Curse of the Red Room by Taylor Dunn

This is the second work by this author I have read. Much darker than Jimmy Biscuits, but no less entertaining. The main character, Tobin Lonsdale, is deliciously hatable.

Dark and edgy, the kind of story that raises hair on the neck. Yet I could not help smiling at the end. I hope there are more stories published by this author.

You have subscribed to Smashwords Alerts new release notifications for Taylor Dunn.

You have been added to Taylor Dunn's favorite list.

You can also sign-up to receive email notifications whenever Taylor Dunn releases a new book.