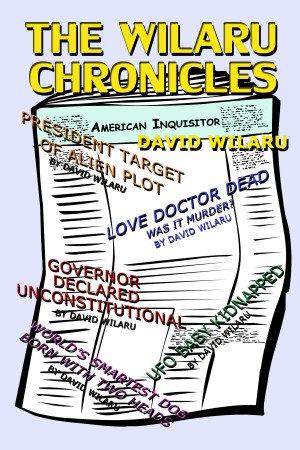 By David Grace
David Wilaru's unique take on politics and society honed by his years as a columnist for "The American Inquisitor" weekly newspaper -- "All the news otherwise unfit to print."

Mr. Wilaru writes about subjects of topical interest including Gay Marriage, Hollywood Culture, the rapid growth of Amnesiology, Middle East Developments, UFO Babies and other matters of broad general interest. More
David Wilaru's unique take on politics and society honed by his years as a columnist for "The American Inquisitor" weekly newspaper -- "All the news otherwise unfit to print."

David Wilaru is a resident of the San Francisco Bay Area town of Silicon City which is located north of San Jose, south of San Francisco, east of Los Gatos and west of Milpitas. If you cannot exactly pinpoint Silicon City on the map, just consider it a state-of-mind.

David Wilaru’s early employment was in the creative paperwork allocation and re-allocation sector but he always knew that his true calling was to be a Wordsmith.

After his divorce from his wife, Sharon, whom Mr. Wilaru once described as: “...as frigid as a penguin in a Kitchen Aid,” he pursued his dream of a writing career with a stint drafting product manuals for Godzilla Brothers, Inc., penning the user manuals for such cutting edge Godzilla Brothers’ products as the Delilah Magic Hedge Trimmer, the Trident Electric Fork and Wordbuster, the world’s first solar powered fountain pen.

After leaving Godzilla Brother as the result of his unfortunate involvement with Dr. Werner Buick’s Thirty Day Plan and overcome with ennui, Mr. Wilaru founded SCRAP, The Surrender Company Representing All People, a project that, unfortunately, led to his brief confinement in the Feldman-Margolis Memorial Psychiatric Ward where he edited the patient newsletter, "Four Soft Walls."

After his release from the Feldman-Margolis Center, Mr. Wilaru accepted a position as a slogan writer with the 1001 Adult Greeting Cards For All Occasions Company of East Los Angeles, Inc. where he diligently honed his creative talents.

Thereafter, Mr. Wilaru went on to hold a senior public relations position with the Silicon City medical appliances company, BodySpares, Inc. where he directed the marketing effort for the Mirage Artificial Pancreas 690 RG.

After BodySpares’ unfortunate difficulties with the SEC, Mr. Wilaru joined the start-up, Xcitement, Inc., where he designed the marketing campaign for the Xcitement Confidential Advisor (popularly known as “The Brain Box”) and single-handedly coined the slogan “Get Sane At Warp Speed.” After Xcitement’s sudden bankruptcy, Mr. Wilaru took over as the head of Marketing and Public Relations for Memories-R-Us, Inc. where he directed the advertising strategy for the Dog Box and other Memories-R-Us products.

It was during this high-tech marketing period that, in his spare time, Mr. Wilaru wrote his first paperback novel, the moderately successful "Grip Melman, Garbage Detective: The Case Of The Hostess In The Can."

After the unfortunate litigation generated by the book’s Second Printing Party, Mr. Wilaru obtained a position as a free-lance writer and later as a staff reporter for "The American Inquisitor Weekly News Magazine", a post which he still holds today.

Included in this volume:

A Better Mousetrap -- Wilaru is hired to design the "look and feel" of the new H-Bomb, 3.0

Are You Writing Again? The travails of a rejected writer. 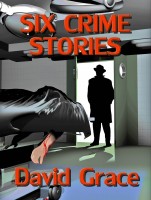 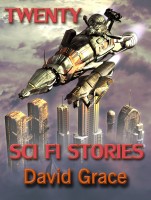 Reviews of The Wilaru Chronicles by David Grace