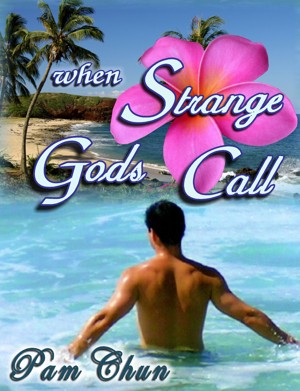 Hawaii, a tropical paradise alive with history and myths, lures elegant Miki from art-rich San Francisco and her childhood friend Alex from the jungle covered temples in South East Asia. Generations of animosity between their families, marked by death and deceit, threaten the couple in this tale lush with stormy spirits and passions of the past. More
Ka Palapala Po`okela Award Winner 2005 for Excellence in “Aloha from beyond Hawai`i”
--Hawaii Book Publishers Association

“Pam Chun writes lovingly of Hawai`i—a land of beauty and tradition, where the scent of plumeria fills each page and a love once lost can be found again.”
--Gail Tsukiyama, author of "Samurai’s Garden," "Women of the Silk," and "Night of Many Dreams"

“Good family epic enlivened with a nice locale and a stiff dose of history.”
--Kirkus Reviews

Twelve years ago, ambitious Miki Ai’Lee left her native Hawaii seeking adventure. Now thirty, Miki is a renowned and feted professor of art history in San Francisco. But when her grandmother’s illness draws her back to Hawaii, Miki realizes she has been gone too long. When she returns, she accidentally meets her first love, Alex, who bears scars that he is unwilling to explain.

Miki and Alex’s families have known each other for four generations. Four generations of animosity and death, corrupt politics, and international murder.

Alex's world has been the high-stakes world of art theft. Miki's is the high-society glamour of art collectors. But now her grandmother is ready to share their family’s darkest secret, if only Miki will listen. 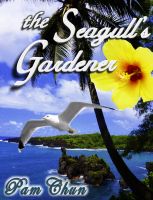 Reviews of When Strange Gods Call by Pam Chun