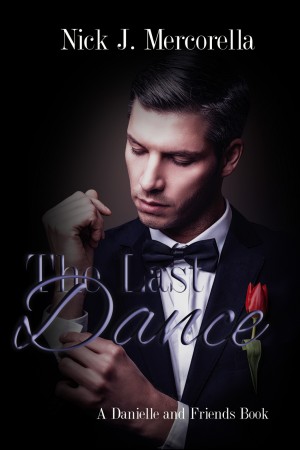 By Nick J Mercorella
Catherine knew better than to get involved with someone at work. Now that she had, she had to deal with the consequences. Allowing this good looking, smooth talking guy to steal her heart, was a mistake. What Bobby had told her so many years ago, was true. No man could be faithful to one woman! For the second time in her life, that statement had come back to hurt her! More
Can everyone else be wrong and I’m the only one who’s right. Am I the only one who knows the truth, that no man could remain faithful to one woman. I was also too smart to get romantically involved with anyone at work. How would I deal with him if it didn’t work out?
But, I did get involved with a good looking, smooth talking co-worker, and when I found him in a hotel room with a half-naked woman, I only proved to myself that I had been right all along. What a fool! What do I do now?
I am hopelessly in love with him, and I have no chance of avoiding him. I would see him every day at the office. How am I going to deal with this? I have to find a way. I will not quit my job. I won’t give him that satisfaction.
What’s the answer? If no man can be trusted, do I spend the rest of my life alone, or continue to deal with men on a casual basis? No serious involvement. Or do I pick the best man available and live with the fact that he will cheat on me? What a life that would be. How do other women deal with it? Or, do they just close their eyes and pretend it isn’t so?
I will do this. I must do this. But, I know, the hurt will never go away.

Born and raised in Brooklyn, New York, I have had a very interesting if not profitable life. Married twice, divorced once, widowed once. Two wonderful children of my own and five more I inherited when I married for the second time.
I worked in management most of my life when I wasn’t operating my own business. Had the opportunity to travel a great deal throughout our beautiful country, parts of Canada and Mexico and some of the islands of the Caribbean. I’ve visited 40 states and uncountable cities. Never been to Europe, Asia or Africa. Don’t feel like I’ve missed much. Might like to visit Australia, though.
Coldest I’ve ever been was in Halifax, Nova Scotia in February. Hottest I’ve ever been was in Phoenix, Arizona in July. I’ve been in Salt Lake City in June when the sun didn’t set until after nine o’clock at night. I’ve seen the Sierra Mountains from the observation car of a train. Sailed aboard a United Sates Nuclear powered aircraft carrier, twice. Never been in the military, but I respect all those who serve. Flown hundreds and hundreds of thousands of miles. Love to fly, but poor eyesight prevents me from qualifying for a pilot’s license.
Now, I sit in Fort Lauderdale Florida thinking about love and writing Romance Novels. Not a bad way to spend my retirement years!

About the Series: Danielle and Friends

Individual romance stories about couples who are connected to each other through friendship or business. Each story is about a different couple.

Also in Series: Danielle and Friends

You have subscribed to alerts for Nick J Mercorella.

You have been added to Nick J Mercorella's favorite list.

You can also sign-up to receive email notifications whenever Nick J Mercorella releases a new book.