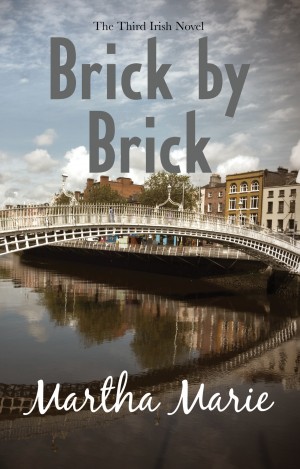 The second eldest of ten children (one of whom is now a very well known Irish comedian) Martha Marie was born and went to primary school in Dublin. She immigrated to London in the late 1950s after the clothing factory where she had worked since she was fourteen closed. She is now seventy-three, a widow of nearly two years, three grown sons, two teenage grandsons, eight living siblings and a few dozen nieces and nephews; studied with The Open University and gained a BA in 1984.
As a form teacher in a multicultural state school she was responsible for teaching the personal social and health course to her pupils. Many of the discussions she had with them involved talking about different cultures and families. During lessons she was constantly pressed to talk about growing up in Ireland, and what it was like to be one of twelve living in one house. It was through telling these stories about her own life and the life of her friends also from large families that she decided to write this trilogy.
Brick by Brick is the third novel in the trilogy, The Irish Novels. Move Over is the first and Growing Up the second.

Also in Series: The Irish Novels

Reviews of Brick by Brick by Martha Marie

You have subscribed to alerts for Martha Marie.

You have been added to Martha Marie's favorite list.

You can also sign-up to receive email notifications whenever Martha Marie releases a new book.