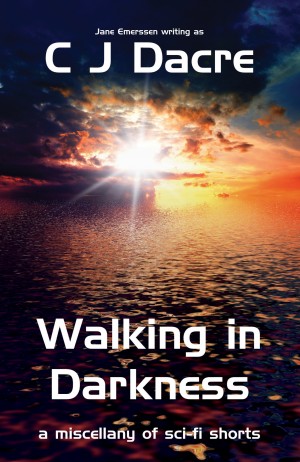 Walking in Darkness: a Miscellany of Sc-fi Shorts

C J Dacre began writing both fiction and non-fiction under a variety of names in the mid-1980s after many years working for several different local authorities.
Originally from Carlisle, Dacre’s formal education and career progression were both frequently punctuated by family moves around the UK which ultimately provided a rich source of background material on which to draw as an author.
Brought up on a diet of second-hand Argosy magazines, Dan Dare and repeats of Journey into Space, Dacre has taken a break from writing the full-length family sagas A Necessary Fiction and A Plain and Simple Truth under the name of Jane Emerssen to put together what might be described as Dacre’s Dozen – this miscellany of previously published and unpublished short stories with their roots firmly embedded in the fertile soil of the imagination.

Reviews of Walking in Darkness: a Miscellany of Sc-fi Shorts by C J Dacre

You have subscribed to Smashwords Alerts new release notifications for C J Dacre.

You have been added to C J Dacre's favorite list.

You can also sign-up to receive email notifications whenever C J Dacre releases a new book.