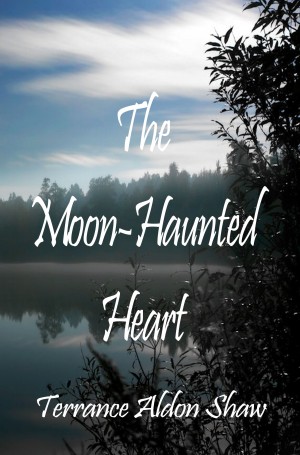 Rated 4.50/5 based on 2 reviews
The 50 very-short pieces in this collection of mature literary fiction range from as many as 4,000 to as few as 50 words, exploring the human condition through the lens of disability, pan-sexuality and erotic mysticism. Brief, richly atmospheric vignettes sit close to longer, more conventional mainstream stories. . . all distilled within that secret place where love and madness meet . . . More
Sometimes, the truest stories are about what ‘almost’ happened; not what was, but what just as easily might have been. The would’ves, the should’ves, the could’ves, the haunting maybes and the melancholy might-haves are the fertile soil in which the most powerful and affecting fiction takes root. Then too, sometimes, the most intriguing stories leave a bit of mystery beyond the margins—small enigmas for the reader to ponder hours and days after the book has been closed. Sometimes, the shortest stories are the ones that stay with us the longest.

Reviews of The Moon-Haunted Heart by Terrance Aldon Shaw

As the author declares, on entry to this anthology, we see all that is ‘distilled within that secret place where love and madness meet’.

He tells tales ‘of mortality and desire, of nostalgia, regret, isolation, loneliness and longing’, and he invites us to scrutinize ourselves as sexual beings; only in so doing can we know ourselves.

Diverse in style and in content, they unfailingly explore the human condition, in all its madcap glory.

There is cleverness, playfulness, wit and wisdom, light as well as dark.

There is regret for a life half-lived in 'Salix Sepulcralis', in which we are invited to see ourselves one day no more than a ‘mass of diverse necrotic tissues’, a ‘voiceless assortment of cells in random, untidy decay’.

Where Mr. Shaw uses poetic prose, it is lush, as in 'Nox':
‘The ancients believed that darkness was a thing substantial, that Night poured into the world from below, a malignant emanation of the nether regions, filling the dome of heaven with a miasma of poisonous atoms, even as the moon cast its spell of madness from above.’

My favourite of the tales is 'La Sonnambula': a story of obsession, and the grotesque, told with delicious theatricality, an opera diva’s stalker at last fatally cutting off his penis and sending it to the object of his admiration, wrapped in a skein of her hair.

There is an undercurrent of the disturbing, and of the bittersweet philosophical. In 'A Little Death', ‘she howls as if to frighten away the dark things beyond the guttering firelight, the fears that lurk behind the mirrors she loathes to look in, the doubts that would whisper to her when she is alone.’ In 'Ad Astra', we feel the ‘dread of standing still, of being in one place too long, of rooting too deeply in the soil of past pain or bleak future’.

As Mr. Shaw declares, writers ‘live in hope that what they write will have meaning, though it is almost always left to readers to find it’.

These tales are the outer ripples of memories lost. Search your own past and you’ll find their echo. They float here on a ‘lawless realm of dreams’ where time ‘moves as easily backwards as forwards’. Step your way through the fragments and seek out the shards glittering most brightly. Your touch will inevitably linger, perhaps where you least expect it. Those slivers may prick your tender flesh.

Don’t say I didn’t warn you.

(I read these tales in e-format, but would recommend a print copy, as they are certainly best savoured in small bites, so that each can be relished and mused upon before entering the next)

In addition to short stories running the gamut from philosophical to lusty, this book brims with jeweled vignettes, with pivotal moments in character’s lives, with surprises, with the prose equivalent of haiku. And the occasional awe-inspiring essay. My favorite, “The Purview of Small Minds,” deconstructs the phonetics of a certain four-letter word in a brilliant display of fricative, schwa, and metaphor – this one is anything but an anticlimax, Mr. Shaw.

Don’t miss the “Notes on the Stories” section. It’s a fascinating window of insight into the mind of the writer. Beautifully crafted writing, thought-provoking commentary, and you’ll learn a few wonderful words in French, Spanish, Italian, and Yiddish.

Exotic, nuanced, and delicious, The Moon-Haunted Heart is an 85% cacao treat for any lover of the English language.

You have subscribed to alerts for Terrance Aldon Shaw.