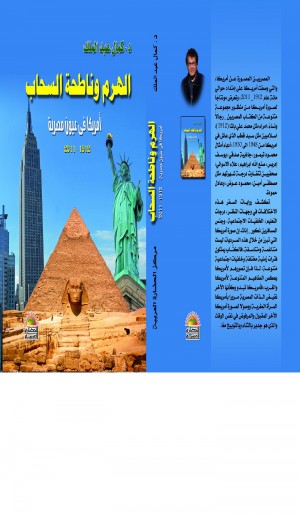 About the Author
Raised in Alexandria and educated in Montreal, Kamal Abdel-Malek is a novelist and a scholar. He has taught at Princeton and Brown universities. While at Brown University, he received the prestigious Wriston Fellowship for excellence in teaching and research. How people from different cultural backgrounds relate to one another without losing their authentic selves is what preoccupies Kamal's scholarly and fictional work alike. America in an Egyptian Mirror examines Egyptian images of America: the unchanging Other, the very antithesis of the Egyptian Self; the seductive female; the Other that has praiseworthy and reprehensible elements, some to reject, others to appropriate. However, his passionate interest is in the historical and cultural encounters between Arabs and Jews as depicted in literature and the cinematic art. The Rhetoric of Violence: Arab-Jewish Encounters in Contemporary Palestinian Literature and Film (Palgrave-Macmillan, 2005), was a prelude to his fictional work, Come with Me from Jerusalem, in which he tells a story of star-crossed lovers caught up in the vortex of Arab-Israeli conflict.

He is a member of the Writers' Union in Cairo. For the last consecutive years, he has participated as a featured author and panelist at the Emirates Festival of Literature in Dubai, UAE.

You have subscribed to alerts for Kamal Abdel-Malek.

You have been added to Kamal Abdel-Malek's favorite list.

You can also sign-up to receive email notifications whenever Kamal Abdel-Malek releases a new book.